Former India cricketer turned commentator Ravi Shastri believes India’s cricket team during 1985 could trouble the current Virat Kohli led Indian team. Ravi Shastri was a vital cog of the 1985 team that won the World Championship of Cricket. and capitalized on the 83′ WC win. Sha India’s authority on the cricketing map. Currently, the head coach of India’s men’s cricket team, Shastri plays a significant role in for BCCI across all formats.

“No question about that. They (team of 85) will give any team that India puts up in white-ball cricket, a run for their money. That team of 85 will give this team a run for the money,” Shastri said.

Shastri also believes that the team of 1985 was better than the World Cup-winning team of  1983. He explains it saying the 1985 squad was a perfect blend of youth and experience.

“I go one step ahead and say the team of 1985 was a stronger team compared to 1983. You know, I was part of both teams, I played in the 1983 World Cup and 1985, when you look to man to man, 80 percent of that 83 team was still there, but then some of the youngsters that you got in there like a Sivaramakrishnan, Sadanand Vishwanath, Azharuddin, those kinds of guys came in to add to the experience you already had of 83 (and it) was fantastic,” he added.

Shastri recalls winning Test series in Australia for the first time in 71 years during the 18-19 campaign. However, he adds that winnings ODI against Australians back in 1985 was more special.

Shastri said, “It is great to be part of those two teams, as a coach that series in Australia, is going to be very very special and hard to beat because that team wasn’t beaten in 71 years by any Asian team. There have been plenty who have gone there, tried their best and everyone knows how tough it is to beat Australia in Australia in Test match cricket, but in white-ball cricket, you can’t beat 1985 as a player. To win both is fantastic.” 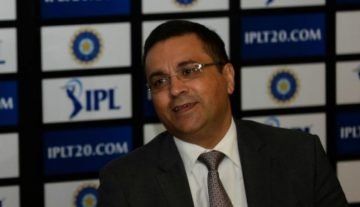