The Emirates Cricket Board (ECB) will be willing to allow 30-50 percent of spectators when the Indian Premier League (IPL) 2020 will be taking place in the UAE if the government there approves, its secretary Mubashshir Usmani told PTI on Friday. While making the announcement of the dates of the IPL, general council chairman Brijesh Patel had told the agency that the decision on allowing fans during the September 19-November 8 event will be taken by the UAE government.

Describing the same, Usman had said, “Once we get the confirmation from the BCCI (on Indian government’s approval), we will go to our government with the complete proposal and SOPs which will be prepared by us and the BCCI. We will definitely want our people to experience this prestigious event but it is totally the government’s decision.”

Currently, the UAE has just over 6000 active cases of COVID-19, and the situation in the country is quite under control. UAE can be expected to get better by the time IPL happens. The IPL Governing Council will be having a meeting on Sunday to finalize the logistics and SOP for the world’s biggest T20 league.

Teams will be arriving in the UAE in mid-August in order to practice for three-four weeks. Most players have not had proper training in India due to the forced break which started in March.

ALSO READ: BCCI Leaving No Stone Unturned For The Safety Of The IPL 2020

Asked if managing the training schedules of eight teams will be a challenge, Usmani said: “UAE is blessed with the support of private infrastructure. We are able to deliver such events and have delivered before. Last year, we hosted the T20 World Cup qualifier which had 14 teams.” 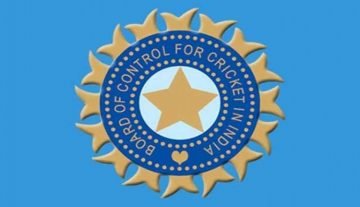 News
By Sandy - Aug 10, 2018
New SC verdict makes BCCI members ineligible for the next board elections