England’s pace spearhead Mark Wood recently revealed that he wants to team up with another fast bowler Jofra Archer. England is currently playing a five-match One Day International series against Pakistan. England are currently looking to seal the series by winning the game in Nottingham. However, Mark Wood is all set to return in the national squad after the ankle problem got settled down. Now, both the fast bowlers are ready to take on their opponent.

While talking about that, Mark Wood said on Thursday, “It’ll be good to have two pace lads in at the same time and see if we can really ruffle a few feathers.”

“He’s just so natural the way he runs in, just lets it fly. I couldn’t believe how far Jos (Buttler, wicket-keeper) was stood back to him at The Oval,” said Wood. “I have to put every ounce of effort I’ve got to bowl fast and he seems to do it easily, which is a bit frustrating. It’s going to be exciting when I get a go at the other end, they’ll probably think I’m bowling 70 mph or something,” he expressed.

Read here: Gambhir feels Rohit Sharma would be the next captain after Virat Kohli

Prior to the upcoming ICC World Cup, England are currently checking their bench strength. Where they are all set to give rest to Jonny Bairstow who scored a match-winning hundred in Wednesday’s third ODI in Bristol. On the other hand, Chris Woakes, who took four wickets in the last game and Liam Plunkett also got rested in the match. As a result, batsman James Vince and all-rounder Joe Denly will get another chance to play.

However, their regular captain Eoin Morgan will not take part as he was given a one-match ban for the team’s slow over-rate in the last game in Bristol. Joss Buttler will lead the team on Morgan’s absence.

“Obviously, Eoin’s the leader on the field and the main guy in the dressing room,” said Wood. “It’s a big loss because he’s our captain, our leader, but I’m sure Jos can do just as well. Jos still has a wealth of experience so it’s great to have him. The only difference is rather than the captain coming up to you from extra cover. The wicket-keeper will be running all the way down the wicket and back so we’ll have to watch that over rate again,” Wood added.

Also read: Team management’s faith is all that is important, says Vijay Shankar

“I think the England team have set a standard. I truly think we believe 500 is gettable one day,” said Wood, before adding a touch ruefully: “The scores of 400 just seem almost normal, it’s 300 plus every game, 350… who’d want to be a bowler, aye?” he further said. 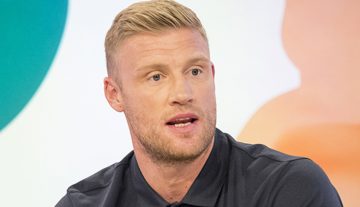