Vijay Shankar, the all-rounder of Tamil Nadu has been named in India’s 15-member squad for the upcoming ICC World Cup. He has been picked up of for the No.4 batsman in the team. However, his inclusion has raised many questions as many think Ambati Rayudu or Rishabh Pant would have a better choice in that position. Though he was in a good form earlier, he was not in great touch during the recently-concluded Indian Premier League (IPL). He scored mere 219 runs in 14 innings and took only one wicket. On the other hand, Pant has been in a formidable form, scored 488 runs in 16 games for Delhi Capitals.

However, Vijay Shankar came into limelight after Nidahas Trophy in Bangladesh where he scored a 19-ball 17 in India’s chase. Later, he was selected in New Zealand T20Is earlier this year and then played against Australia as well. He is not at all disturbed for the criticism as for him, team management’s trust is everything.

“I had a decent run when I batted at No.3 in the T20 series in New Zealand. The most important thing is that the team management has shown trust in me and believes I can do the job. That gives you extra motivation. The need of the team is my priority and I am always ready to adapt to situations and conditions,” he said in a recent interview with IndiaToday.

“I am enjoying myself and don’t put any pressure on myself. I like to read the situation and play accordingly. I give importance to work ethics and there is no shortcut,” he added.

He further added that the senior players in the team have backed him and asked him to not take much stress and keep the things simple.

“I have interacted with Kohli, Mahi bhai and Rohit to help me improve as a cricketer. They have told me that I am doing my job and the focus should be on keeping things simple,” Shankar further said. 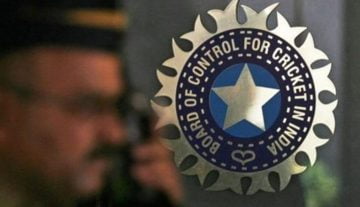