England is currently playing a 5-match ODI series against Pakistan where England has taken a 2-0 lead. Despite losing, Pakistan opener Imam-ul-Haq smashed a 131-ball 151 with 17 boundaries and took his side to 358/9. However, Jonny Bairstow’s 93-ball 128 and Jason Roy’s 76 off 55 at the top ensured England’s successful chase with 31 balls to spare.

Here are the statistical highlights of the 3rd ODI:

2 – Pakistan became the second team to score 350+ runs in back-to-back ODIs and ended up on the losing side.

9 – Pakistan has failed to register a single win in their last nine ODI matches; their second-longest losing streak in ODI. They lost ten games consecutively during 1987-1988 and lost nine in between 2009 and 2010.

358/9 – For the first time Pakistan lost an ODI after having posted a first innings score more than 330. Moreover, this is their second highest ODI defeat. The previous one was 361/7.

Also read: Ambati Rayudu is the No. 4 batsman for India, says Syed Kirmani

151 – By scoring this knock, Imam-ul-Haq has now become the highest individual scorer in ODI for Pakistan against England in their soil. However, he became the first Pakistan player to score more than 150+ in an ODI for a losing cause.

74 – Jonny Bairstow scored his 4th fastest century in ODI off 74 balls. He is one of those six players who scored four or more ODI hundreds in less than 75 balls. AB de Villiers (8), Jos Buttler (6) and Sanath Jayasuriya (5) are ahead of him along with Shahid Afridi and Virender Sehwag. 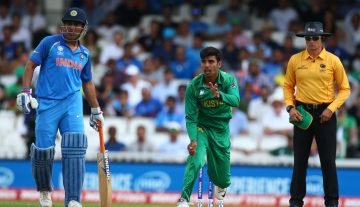