ESPNCricinfo, one of the most renowned sports news websites in the world has recently picked the Best ODI XI from cricketers in the last two and a half decades. The team has depth in batting and its bowling attack can give nightmares to any batting team. The team also comprises of modern day players as well who are impressing one and all with their magic.

The opening combination consists of Adam Gilchrist and Sachin Tendulkar, the left-right combo of these two legends is undoubtedly a deadly one and can force any bowling attack to their submission. Brain Lara’s style and charisma coupled with his ability to score big runs have earned him the number three position in the team. He comes at number three. Virat Kohli has been on a record-breaking spree and his inclusion doesn’t spring a surprise.

AB de Villiers has been merged as one of the masters of ODI cricket in the last few years, therefore after Virat, he is placed. Jacques Kallis is rated amongst the best all-round cricketers, the world had ever witnessed. His temperament has been commendable and he was a vital cog for whichever side he represented. MS Dhoni’s records are worth envying, not just as a batsman, but as a captain as well as he has been termed as the greatest ODI skipper ever.

Even at 36-years, MS is among the fittest personalities in cricket. Wasim Akram and Glenn McGrath used to leave batsmen confused and racked up a significant amount of success. Shane Warne and Muttiah Muralitharan’s record warranted them a spot in the elite squad as well.

Here is ESPNCricinfo’s Best ODI XI of the last 25 years: 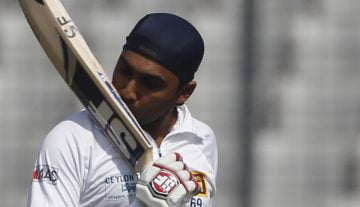