Former India all-rounder Irfan Pathan and his wife has been blessed with a baby boy on 28th December 2021. The former Indian cricketer has announced the good news on social media. While taking to Twitter, Pathan welcomed his baby boy, whose name is Suleiman Khan as well. 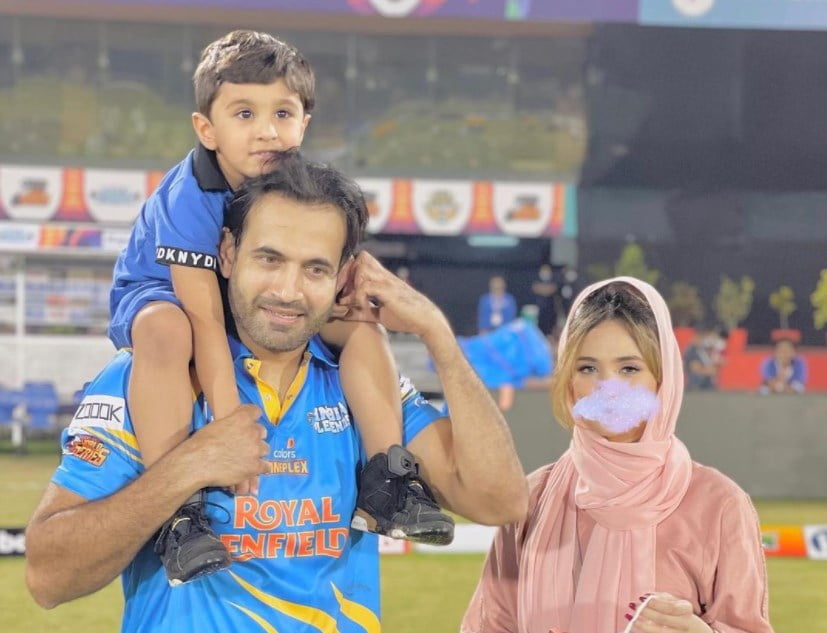 The veteran player also added that his baby and his wife both are safe and healthy. Pathan also shared a picture of him holding his baby in his arms as well. “Safa and me welcome our baby boy SULEIMAN KHAN. Both baby and mother are fine and healthy,” tweeted Irfan Pathan.

Safa and me welcome our baby boy SULEIMAN KHAN. Both baby and mother are fine and healthy. #Blessings pic.twitter.com/yCVoqCAggW

However, Irfan Pathan has played 29 Tests, 120 ODIs, and 24 T20Is for Team India. While the left-arm pacer picked up 100 wickets in the whites, Pathan scalped 173 wickets in the ODI format as well and in T20I cricket, Pathan has claimed 28 wickets.

he has also scored 1105 runs for Team India with the bat in the longer format and scored his runs has come at an average of 31.57 as well. In ODI cricket, the left-hander managed to score 1544 runs while in the shortest format of the game, Pathan smashed 172 runs. He was also a part of the Indian side that won the inaugural edition of the T20 World Cup in the year 2007.

Irfan is also the only Indian player to take a Test hat trick in the very first over of the game as well. And, he has achieved this feat against Pakistan way back in the year 2006. Irfan Pathan has played his last international match for Team India in the year 2012. And before he announced his retirement, Pathan has started the job in the commentary box and shares his expert opinions on the games as well.