It was 1991. Leg spin, an art that has always had the potential to add an exciting dimension to the game, threatened to fade in the oblivion. It lied, motionless, among a puff of dust in the confines of a shady closet. A leg-spinner, a right-handed bowler whose stock delivery spins away from a right-handed batsman, can wreak havoc and run into batting-lineups like a rash and change the course of the game in a matter of a spell; such is the impact of the art of leg-spin.

But this wonderful art was staring, insipidly, at extinction. And then on the 2nd January, 1992, a 23 year old boy, youthful, handsome and charismatic, bagged his Baggy Green. Shane Warne’s era began; he picked up the art, what most feared was extinct, from the dusty closet and helped it splutter back to life; this time a fashionable one; almost as charismatic as the exponent himself. It was almost as if Warne picked up an old file, full of papers that had the potential to change the case, cleaned and revamped it; and presented it to the jury even as the World watched in awe.

Shane Warne was always a charmer; be it with his looks or be it with the cherry in his hand. At times, he looked jaded, worn out and then suddenly on the next day, the hair would be in place, face glowing; a beaming smile every now and then would add to the charisma; and you would wonder how different he could look in a matter of a couple of days; almost as if he employed a cosmetic surgeon overnight. Warne could change colours, more so with the cherry in his hand. He could bowl everything a leg-spinner possibly can, a traditional leg-spin, a googly, a flipper and then the one that took off after pitching and then some more, and then he could produce something that once left a top-bracket Mike Gatting perplexed and bamboozled.

Around the wicket, he bowled one that bounced outside the leg-stump, turned like a vicious snake, cuffing off the pitch, and then beat Gatting’s defense to meet the timber behind. They call it the ball of the century; it could very well be the ball of the millennium. He would play with the batsman’s psyche, off the pitch or in the air. He could cast magic spells and hypnotise – the batsmen as well as the spectators.

In 2003, just before the World Cup in South Africa, Warne was banned for a year for swallowing banned diuretics. On his comeback in 2004, he pulverised 26 Sri Lankan batsmen into instant submission in a matter of three Tests. The Sri Lankan fans stared in disbelief, almost as if staring at unstoppable riots. For someone who earned a phenomenal 72 wickets in 1993, earning 24 more twelve years down the line would be a far cry, especially in the modern game where wear and tear is quicker than ever. Warne, though, defied odds and scalped an unbelievable 96 wickets in 2005, reaching vertigo-inducing heights. He retired in 2007, after reclaiming the coveted Urn, also reaching a swashbuckling 700 wickets, the first one to do so in Tests.

He left the game richer; revived an art that’s paramount to the game; and for years, bewitched the spectators with his exuberant skills. Shane Warne ended up with 708 wickets off 145 Tests and has another 293 scalps off 194 ODIs. Warne, who scored the most number of Test runs scored by a batsman without getting a Test hundred, showed he could lead a side; and infuse spirit; by winning the first edition of the IPL in 2008, captaining the Rajasthan Royals. Shane Warne left the game richer, and fancier. He made the art of leg-spin fashionable. 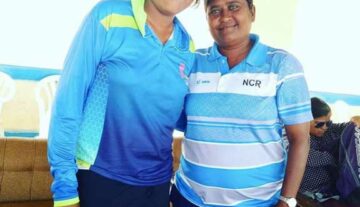