Former India opener Gautam Gambhir reacted to BCCI treasurer Arun Dhumal’s statement suggesting that the Indian team can go into quarantine in Australia if they travel for the scheduled tour in December.  He believes that BCCI should act like a statesman right now due to the current crisis. Gambhir also shared how he will respect BCCI even more if they go on with the Australia tour.

Speaking on Star Sports show ‘Cricket Connected’, Gambhir said,  “Good on BCCI, fabulous. Good on them. This is a very very positive sign because I think they are looking at a far bigger picture. It will change the mood of the entire country as well. It is not only about winning series in Australia, which is very very important. But it will change the mood of both the countries as well, not only India but probably for Australia as well.”

The Indian cricket team is slated to tour Australia for a 4 match test series in the period of December-January. If the tour gets canceled due to the Corona Virus pandemic, Cricket Australia will reportedly incur a loss of 300 million Australian dollars.

“And then you have got to be a statesman as well, when BCCI, they are probably the richest board and probably the most powerful board in the world, so they need to look at a bigger picture as well and that is what probably they have done. If India looks to tour Australia, I have got a lot of respect then for BCCI,” Gambhir said.

The cricketer-turned-politician is known for his no-nonsense straight talks. During the interaction, Gambhir also spoke on ICC’s rankings. In the recent valuation of ICC rankings, Australia dethroned India to rank number one while India slipped down to third. Gambhir said,  “No, I am not surprised. Because I don’t believe in all these rankings, points system.  Probably the worst was the points system that was there in World Test Championship. You get the same points if you win a Test match away from home, that’s ridiculous.”

The 38-year-old also questioned Australia’s rise to the top,  especially after their poor performances in the sub-continent.  Gambhir said,  “If you have to see from the overall impact point of view, yes India has lost a Test series away from home.  They have won in Australia, but they have been the most competitive side, hands down. They won a Test match in South Africa, they won a Test match in England and probably not many other countries have done that.

Gambhir signed off with, “Because Australia, I have serious serious doubts, on what front have you given Australia the number one Test ranking. That’s because they have been pathetic away from home, especially in sub-continent.” 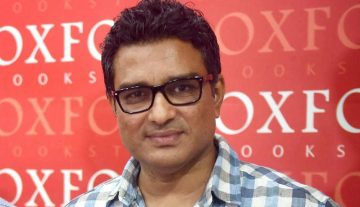 Article
By Shruti - Mar 19, 2020
Chandrakant Pandit Comments on the Exclusion of Sanjay Manjrekar