Due to their involvement in ball-tampering incident in the Cape Town Test in last March, Smith and Warner were handed a 12-month suspension while Cameron Bancroft got a nine-month suspension from CA. While Bancroft can return to the cricket very soon, Smith and Warner will have to wait three more months that means they will be unavailable for the entire period of India’s tour of Australia, starting from November 21.

Also read: Mitchell Starc claims Steven Smith is preparing himself to get ready for the World Cup

Though CA is looking to reconsider the bans, according to some media reports, there is no confirming news till the date. Since, the suspension of Smith and Warner, Australia’s performances have hugely declined in international cricket.

On the sidelines of health drink Complan’s programme, the brand ambassador Sourav Ganguly said about the absence of Smith and Warner in the Australian team, “It’s a huge factor. This is like the Indian team not having Rohit Sharma and Virat Kohli.”

Ganguly feels it is the best opportunity for the Indian cricket team to beat Australia in Australia. However, he also warned that Australians are different in their home ground and he also believes that this Australian side is still better than many feels.

Ganguly said, “It’s a great moment for Indian cricket. This is their best opportunity to beat Australia. India is a good side and has a good bowling attack. I have seen in England that they (bowlers) have taken 20 wickets in every test.

Also read: Ryan Harris is not expecting too many changes in the Australian Test squad against India

“But, you also have to keep in mind that Australia in Australia is a different kettle of fish. Many feel that they are a weak outfit, but I don’t think so.”

Recently, the Indian captain Virat Kohli has been involved in the national controversy after his ‘leave India’ comment to a fan.

When Ganguly was asked about this, he said, “I would not like to comment on that. It’s not necessary to react to each and every comment.” 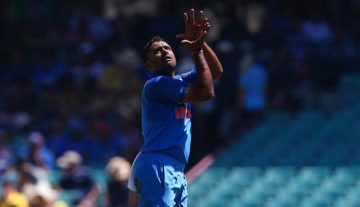