Mumbai Indians (MI) bought the Kiwi fast bowler, Trent Boult and he can become of the most lethal option for MI, feels former Kolkata Knight Riders (KKR) skipper Gautam Gambhir. The latter also added that along with Jasprit Bumrah, Boult can form a would have formed a lethal combination of MI and can make the difference in the IPL 2020 tournament opener against Chennai Super Kings (CSK) on September 19.

Gambhir reckons that the absence of Suresh Raina would hurt CSK in the match on Saturday against MI. He stated that Boult moves the new ball into the right-hand batsmen, while Bumrah is an “unorthodox” bowler. Gautam Gambhir highlighted that CSK opener Shane Watson had retired from international cricket in 2016 and his presence on other levels is also minimal.

He further elaborated, “It will be a huge challenge for Chennai Super Kings as they don’t have Suresh Raina at No.3, plus Shane Watson does not play much international cricket and has not played cricket for a long time, so how he plays against Bumrah and Trent Boult. We will also have to see with whom he would be opening the batting.”

Considering these factors Gautam Gambhir said that Mumbai Indians will have the upper hand against CSK on September 19, when the IPL 2020 kicks off. Gambhir reckoned that Boult’s inclusion as a new ball bowler will allow the management to use Bumrah in a different manner.

Elaborating the same, Gambhir said, “I feel the Mumbai Indians have the upper hand if you see the balance and depth of the squad.” They have also added Trent Boult to their squad, who will give them a very good option. Because you want a bowler who can give you wickets with the new ball so that you can use Jasprit Bumrah in a different manner. So I will want to watch how these two perform, not only in the first match but in the entire tournament.” 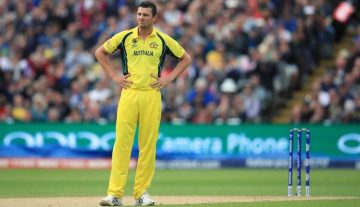