The flamboyant Australian Australian cricketer Glenn Maxwell will be getting married to his fiance, Vini Rama, who is an Indian Tamil girl next month. The news has been confirmed on Twitter, by a user named Kasturi Shankar. The Twitter handle also posted a picture of an invitation card that reads that Maxwell is going to tie the knot with Vini Raman. The tweet also read that the marriage might be held in the traditional Tamil Brahmin style only.

“Glenn Maxwell marrying Vini Raman. Going by the cute traditional Tamil muhurta patrikai, we’d bet there may likely be a TamBram ceremony… Will there be a white gown wedding too? Congratulations Glenn and Vini,” read the tweet from Kasturi Shankar.

GlennMaxwell marrying Vini Raman. Going by the cute traditional Tamil muhurta patrikai, we'd bet there may likely be a TamBram ceremony… Will there be a white gown wedding too?
Congratulations Glenn and Vini ! @Gmaxi_32 pic.twitter.com/uJeSjHM1we

Glenn Maxwell is currently in Australia, where he is rendering his services for the Australian cricket team in a five-match T20I series against Sri Lanka at home. The right-hander has failed to get going with the bat in the series so far.

In both matches, Glen Maxwell has recorded scores of just 7 and 15. Maxwell is one of the mainstays of the Australian limited-overs side. The Aussie all-rounder has represented the kangaroos in 116 ODIs and 81 T20I matches.

While Glenn Maxwell has amassed more than 3000 runs in ODI cricket at a strike rate of over 125, the right-hander has also plundered 1866 runs in T20I cricket, at a colossal strike rate of 155.37.

Glenn Maxwell has also played 97 matches in IPL cricket and has scored over 2000 runs at a frightening strike rate of above 150. The Australian was retained by the Royal Challengers Bangalore (RCB) franchise ahead of the 2022 edition of the IPL. Maxwell will be paid a sum of ₹11 Crores for rendering his services for the RCB side in the 15th edition of the Indian T20 League. 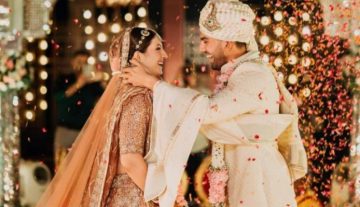