Australia head coach Justin Langer thinks Glenn Maxwell has the ability to be the Virat Kohli. Who is arguably one of the best batsmen in the world currently. Maxwell was going through a rough patch after the 2015 World Cup but finally has found his form and currently has been in a formidable form. As the ICC World Cup around the corner, Maxwell’s presence in the middle-order will strengthen the batting order.

Maxwell used to come at the lower middle order couple of month ago. The team management lost faith in him but the series against India made it clear that Maxwell is here to stay. He scored a brilliant century in the T20I against India and helped his side to win the game.

Read here: Five Things To Watch Out In The Game

Further, he has scored two match-winning fifties in the series against Pakistan. In the third and fourth ODI, he smashed 71 and 98 and helped Australia to win the series as well. His performance made their head coach Langer think that he could play Kohli’s role in the Australia team.

“The challenge for him is, and I’ve said this to him, we’ve just seen Virat Kohli, who is an extraordinarily talented player – he averages 60 in ODI cricket. He is a great player,” Langer said to ESPNcricinfo.

“At the moment, in 99 games, Maxi averages 32 or 33. He can be Virat Kohli. He has got the talent to do that. The way he played that T20 hundred in India, the way he played both T20s – we know he’s a great T20 player. His next challenge is to become a great ODI player and then potentially a Test player.” So there’s huge upside for him and while he keeps practicing with the purpose he’s got and winning games of cricket like he is, it’s great to have him,” he further added. 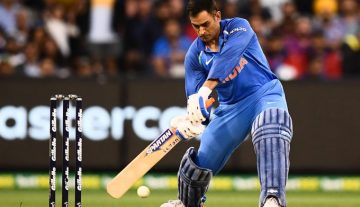 News
By Sandy - Jan 18, 2019
Virat Kohli: No One More Committed To Indian Cricket Than Dhoni