The 21-year-old Indian wicketkeeper-batsman Rishabh Pant has impressed with his cricketing performances at a very early age. Though some experts feel that Pant needs to be more mature on the field, Maxwell feels excited to watch his game.

Recently, Maxwell said, “He’s an amazing talent. We have only seen him scratch the surface in terms of his ability. I’ve been glued to my TV every time he’s come out to bat … if he does get going, it’s pretty good to watch.

“He’s extremely talented … he played some extraordinary innings for us over there. He got an amazing hundred, where he just kept reserve-scooping balls with a straight bat, over third man for six. I think he was a gymnast growing up, so he’s extremely flexible. He can manipulate his body into different positions to hit the ball.”

In the ongoing four-match Test series on the Australian soil, the Indian youngster Pant has taken special limelight for his continuous chatter behind the stumps. During the first Test of the series at Adelaide that India won by 31 runs, the broadcaster Fox Cricket commentators remained silent to hear Pant’s chattering behind the stumps when Pat Cummins was batting.

When Pant was asked about that, he replied, “I always enjoy troubling the batsmen actually because I want them to concentrate on me and not on the bowlers.”

Having spent a lot of time together during IPL 2018, Maxwell knows Pant very well and the Australian all-rounder admitted that the youngster remains talkative with a fair amount of dross at most of the time.

Maxwell said, “He speaks a fair amount of dross. Having spent the whole IPL with him, I certainly learned that first hand .. I used to hear it all the time in the change rooms, at training. It was pretty nonstop. We were pretty close during the IPL, which was nice.” 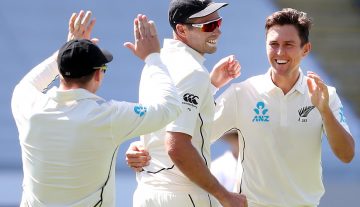