As confirmed by the BCCI, India’s limited-overs vice-captain Rohit Sharma will be missing the upcoming ODI and T20I series in Australia. However, he was included in the squad for the following 4-match Test series down under. In this regard, as the Indian opener will be missing out on the 3 ODIs and as many T20Is scheduled to commence on November 27. Australian all-rounder Glenn Maxwell has said it is a positive thing for the Aussies since Rohit’s absence will have a huge impact on the Indian batting unit.

During a recent chat with the reporters, Maxwell said, “He (Rohit) is a class performer, so consistent as an opening batsman with a couple of (three) double hundreds. So anytime he is not in the line-up against you, it is a positive.”

Glenn Maxwell explained, “But in saying that, India has still got back-ups, more than capable of playing that role. We saw KL Rahul, the performance that he put on during the last IPL was extraordinary. Whether he opens the batting or not, I am sure he will be just as good a player.”

Earlier, on October 26, the BCCI had released full squads for the Australia tour and Rohit was missing from all the three squads, besides Ishant Sharma. In the update release, Sharma was included in the Test squad but Ishant’s name was still missing. Both cricketers are at the NCA in Bangalore, working on their recovery from respective injuries. 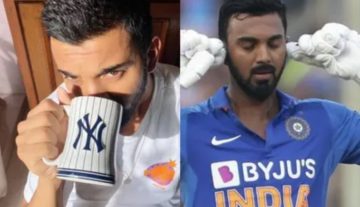