Hanuma Vihari, who was the top-scorer for India on Day 1 with a well-compiled 55, admitted that he threw his wicket away at the worst possible time for the team. After Vihari’s dismissal in the 54th over just before the tea break, India lost their next six wickets for only 48 runs, suffering a major collapse.

After losing Virat Kohli and Ajinkya Rahane in the span of eight overs, India was in deep trouble on Day 1 of the Christchurch Test, but an uncharacteristically aggressive onslaught from Vihari put the Indian team in a dominating position for a while. He added 81 runs for the 5th wicket along with Cheteshwar Pujara, took the attack to the New Zealand bowlers, and reaced his fifty in 69 balls, destroying New Zealand’s short ball plans with his cuts and pulls.

However, he fell to the bowling of Wagner, which triggered a massive collapse as the visitors added just 48 more runs before getting bundled out for 242. Vihari also expressed that it was his personal choice to bat aggressively, and he will consider doing the same whenever required.

During the post-day press conference, Vihari said, “It was a wrong time to get out obviously, just before tea. I was batting positively but I thought I played one shot too many but that’s the name of the game – sometimes it goes your way and sometimes it doesn’t. Today it did not go my way, but I’ll look to play positively again when I get a chance. Obviously, as a team, we wanted to show intent than what we did in Wellington. It was a personal decision to put the short ball away. It didn’t come off quite well today, but I’m sure we can do that when the next opportunity comes.”

For a vast majority of his innings, Vihari was attacking the Kiwi bowlers every time they resorted to the short ball plan. He also revealed that he looked at short balls as scoring opportunities and took a positive approach to make the pressure off his partner Pujara.

Hanuma further added, “We knew that New Zealand will come up with the short ball ploy at some point in the game and so I was preparing for it (beforehand). Pujara was batting at one end, so I wanted to take the lead and play positively. He is someone who takes a lot of time, we know that. Because if you don’t get the scoreboard moving, we’ll get stuck as we did in the last game, that’s why I decided to play positively and take them on.”

Talking about the bowlers, Hanuma said, “I thought the scoreboard doesn’t really reflect the way we bowled. With the new kookaburra ball, you tend to find some help, it might ease on later, but as a bowling unit, we will stick to our plans – we will have different plans according to the wicket and the batsman. We’ll stick to it and hopefully we’ll get a few breakthroughs early on.” 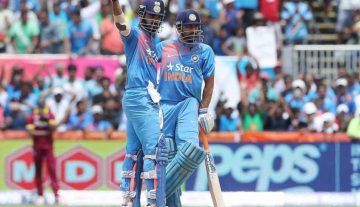