On Day of the second and the final Test between India and New Zealand as the Hagley Oval in Christchurch, the visitors came out with another dismal performance. New Zealand won the toss and invited India to bat first. Today the Indian team bundled out for a meager score of 242 runs in the first innings as Prithvi Shaw, Chetshwar Puajra, and Hanuma Vihari scored the fifties but failed to make it big.

Team India again gave a disappointing performance in this Test match, and the batsmen once again made very few runs while batting poorly. The young Indian opener, Prithvi Shaw, was under tremendous pressure to do well in this Test match, and he gave India a good start after playing brilliant innings of 54 runs. He reached a half-century by hitting New Wagner for a six over deep fine leg.

Shaw, who failed to get going in the first Test, was severely criticized for his poor technique. Even Test great VVS Laxman advised him to play straight more often rather than playing just the attacking game. However, Shaw delivered soon after all the criticism and scored a half-century off 61 deliveries.

But after reaching his first fifty in New Zealand, Shaw failed to convert his knock into a big one as he perished off a widish delivery from Kyle Jamieson just before lunch as Tom Latham took a brilliant catch at the second slip. His 64-ball fifty was laced with eight boundaries, and one hit over the fence.

How about this grab from Latham! pic.twitter.com/3XGwk0vuU8

Prithvi’s fifty helped him earn a pat on the back from the Indian skipper, Virat Kohli as he walked back to the dressing room. The knock will undoubtedly boost his confidence after a poor show in the Test opener.

However, Shaw didn’t get some apt support from his opening partner Mayank Agarwal as he perished for seven runs, leaving the scoreline reading at 30/1. The Mumbai batsman is featuring in his fourth Test. He has scored 321 runs in six innings at an average of 64.20. He holds the high score of 134 in Test cricket. 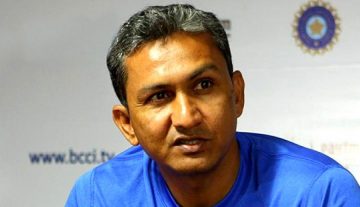