The Board of Control for Cricket in India (BCCI) is going through a hard time for quite some time now. First, it was the spot-fixing scandal, which led to the departure of N Srinivasan from BCCI and now it is recommendations of Lodha Committee, which not every state cricket board is accepting. Hence, the Supreme Court of India took over and appointed Committee of Administrators (CoA) to govern the body.

The chairman of CoA Vinod Rai has been serving this committee for two years and he is upset as his tenure was extended against his wish. While speaking at India Today Conclave 2019, he pointed out that the Supreme Court hasn’t been able to push for fresh BCCI elections as there are close to 85 Interim Applications from the very own members of the BCCI.

Insisting that the CoA has been able to run cricket in the country well despite the perceived differences between the members of the CoA, Rai said: “Our job is to conduct elections and we are unable to conduct elections because there are 85 IAs [Interim Applications] pending before the Supreme Court filed by those very people who if the elections are conducted will get unseated. They don’t want to be unseated.”

“It’s a very happy situation to be in, that there are two, now three, individuals they can throw stones at them and can have no accountability,” Rai added.

“Tell me one thing; has cricket in India suffered over the last two years? Men’s cricket, women’s cricket the teams are doing exceedingly well. You ask any cricketer today if his or her interests are in any way subjected to anything else.”

The CoA was appointed by the Supreme Court in October 2017 to oversee the operations of the board and make sure the member units implemented the reforms suggested by the Lodha committee. The Supreme Court recently appointed Lt. General Ravi Thodge as a new member of the CoA.

Talking about the governing process of BCCI, he asked why the Supreme Court was forced to step into cricket administration if everything was fine with the working of the world’s richest cricket body. “Why did the Supreme Court have to step into it [cricket administration] if the people who were holding the positions that they were holding in the BCCI doing their jobs properly? It was not because a Vinod Rai wanted to get into it or a Diana wanted to get into it. It was because there was a not only a perceived but a demonstrated fallacy in the functioning of the BCCI,” Rai said.

He further added “And today, India is a democracy, cricket is not a passion, it’s a religion. People who are concerned about the way it was being managed, they approached the court. Well, the Supreme Court is as good a batsman as anybody else. If the ball is thrown at them, they can’t say ‘it’s a wide ball and I can’t bat’.”

Rai said before concluding “Yes, there are far more important things that the Supreme Court has to attend to. Well, when I was appointed, I said I have come in as a nightwatchman. Unfortunately, the nightwatchman has had to stay for about 25 months, much against our wishes. We don’t want to run cricket, it’s a democratic body, it should be entrusted to be a democratic body.” 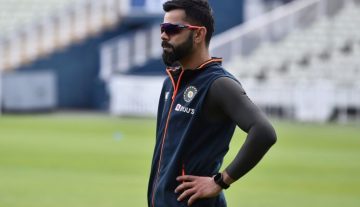