As the former Indian spinner, Harbhajan Singh announced retirement from all forms of the game on Friday and he has promised to reveal the truth behind the most controversial chapter of his career, the infamous ‘Monkeygate’ scandal that rocked Indian cricket in 2008. For those not aware, during the 2008 Sydney Test match between India and Australia, saw one of the ugliest controversies take place. A stand-off between Harbhajan and former Australia all-rounder Andrew Symonds eventually turned out into a racial controversy.

On Day 5 of the Test match, the then-Australia captain Ricky Ponting complained to umpires Steve Bucknor and Mark Benson that Harbhajan Singh took a racial dig at Symonds, calling him a ‘Monkey’. Matters escalated and even though Australia beat India by 122 runs, another battle was fought inside a courtroom.

Calling it an unfortunate turn of events, Harbhajan Singh went on to reveal that it was probably the biggest low of his career. He has never spoken publicly in detail about the incident, but the 41-year-old has revealed that he will present the truth.

During a recent chat with PTI, Harbahajan Singh said, “It was something that was uncalled for. Whatever happened during that day in Sydney shouldn’t have happened and also what it led to. It was really unnecessary. But forget about who said what. You and I both know truth has two sides. No one cared about my side of the truth in the whole episode.”

He further elaborated, “No one cared what I went through in those few weeks and how I was mentally sinking. I have never extensively given my side of the story but people will know about it in my upcoming autobiography. What I went through shouldn’t have happened to anyone.”

Harbhajan Singh also explained that he had no regrets, although he would have wanted a few things to turn out better such as the injury sustained during the 2011 tour of England, which cut short Harbhajan’s career. He played only a handful of matches after that with his final match for India coming in 2016 against the UAE.

Elaborating the same, Harbhajan Singh said, “If at that point, if someone would have cared for me and in a broader sense, how Indian cricket handled its players, maybe my career could have been different. But no regrets. Those who were decision makers did what they felt was right. So I have nothing to say. Yes, I was bitter back then but when I now look at things, no bitterness.” 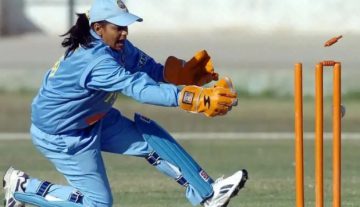 News
By CricShots - Jul 25, 2022
Karuna Jain Decides To Announce Retirement From All Formats Of The Game