While India cricket stars are managing to stay in contact with each other only through online platforms in the time away from the sport due to the novel coronavirus pandemic, veteran Indian spinner, Harbhajan Singh has sent out a unique message to his teammate Suresh Raina. Harbhajan took to social media and claimed that his Chennai Super Kings (CSK) teammate hasn’t been in touch with him for quite some time.

In a photo, that seems to be part of a promotional campaign, Bhajji assumed that Raina has gone missing since March 20. Captioning the picture, “Missing since March 20, Suresh Raina. Haven’t heard from my good friend Suresh Raina lately. He’s probably too busy celebrating 15 years of being an international cricketer to keep in touch. If you’ve heard from him, do let me know.”

The off-spinner also added: “Might have learnt how to cook, but has definitely forgotten how to text;.”

Notably, Suresh Raina, who has often been seen doing some household works during the lockdown, resumed training in Uttar Pradesh in the lead up to Indian Premier League (IPL) 2020, which is set to be played in the UAE from September 19. Suresh Raina was recently seen training with Delhi Capitals’ star Rishabh Pant as the two tried their hands at batting and fielding at the former’s training facility.

Raina will be joining hands with Harbhajan as both of them will be playing for the CSK in the IPL 2020. As it turns out, the Chennai based might head to the UAE earlier than other teams to have a training camp, provided the BCCI is able to get the government nod to host the IPL in the UAE.

The BCCI had to postpone the tournament due to the novel coronavirus pandemic and the cash-rich T20 league missed the April-May window. However, the BCCI has zeroed in on September-November window after the T20 World Cup and the Asia Cup were postponed. 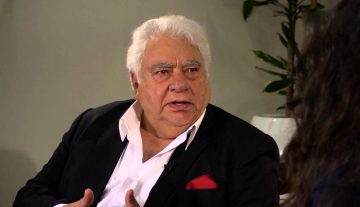