Former Indian all-rounder, Yuvraj Singh has come in support of the young Indian protege, Shubman Gill, and has said that he “never abused anyone” in the Ranji Trophy match against Delhi in Mohali last year. The youngster was immensely criticized when he refused to walk off after being given caught behind out by umpire Mohammad Rafi. He questioned the umpire’s decision as he then consulted with his on-field partner and overturned his original decision.

After that incident, there was another occasion when the Delhi team led by Dhruv Shorey alleged use of abusive language by Gill, questioned the umpires, and almost left the field. However, Shubman, who later received a fine of 100 percent of his match fee, was dismissed for 23 runs in that innings.

Yuvraj Singh, who is currently mentoring young Punjab cricketers including Shubman Gill, in a 21-day training camp organized by Punjab Cricket Association (PCA) in Chandigarh had taken back the accusations that Gill used abusive language in the match. Yuvraj Singh that he was present at the ground during the incident and Gill never hurled expletives at anyone.

Former Indian all-rounder explained, “I was there on the ground during the match. He never abused anyone. He just questioned the decision. Sometimes batsmen do that. Look, he is young and hungry to do well. When I started playing, I too experienced such incidents. And if a player makes a mistake, he will rectify it. He is a special talent.”

Former Indian skipper, Bishan Singh Bedi has lashed out at the youngster after the incident and called his behavior “unpardonable”. The legendary spinner had added that no player can be bigger than the game.

Tweeting about the some, Bedi had written, “This kind o rowdy behaviour by anyone is unpardonable-least o all by proposed Captain of India A-no matter how talented no player was ever bigger than the game-example needs setting-let a more balanced person lead India A before the Referee’s intimidated too!”

@vijaylokapally & @BCCI-this kind o rowdy behaviour by anyone is unpardonable-least o all by proposed Capt o India A-no matter how talented no player was ever bigger than the game-example needs setting-let a more balanced person lead India A before the Referee’s intimidated too!

Shubman Gill has played a couple of ODIs for India till date and might next be seen in the Kolkata Knight Riders (KKR) jersey if the IPL 2020 happens as planned in UAE. 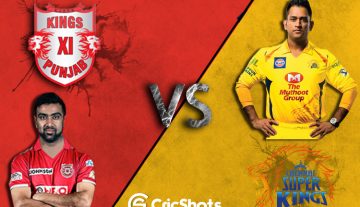