Veteran India off-spinner Harbhajan Singh reckons that making changes in all the 38 Test matches Virat Kohli has led Team India, is a bit too much, but if it’s giving results than it doesn’t matter. India played their 38th combination in as many Test matches under the captaincy of Virat Kohli at the Trent Bridge Test which the visitors won by a massive 203 runs to keep themselves afloat in the five-match series.

Talking about the changes further, Harbhajan said, “Personally I think 38 changes in 38 Tests is too much. But every captain is different, and every team’s dynamics are different. Maybe they want horses for courses, and it works for them. They were close to winning the series in South Africa. They have turned things here in England. If the captain believes in it, the management agrees and players accept it, then what you and I think doesn’t matter.”

ALSO READ: England Calls Back James Vince As A Cover Of Jonny Bairstow

Kohli has been going through the form of his life as he has had scored two centuries in the series so far against England. He had practiced with Raghu (member of Indian support staff) in Mumbai ahead of the tour, taking throw downs on wet surfaces in a bid to replicate these English conditions.

Complementing Kohli’s batting and captaincy, Harbhajan said: “When you do that, take throw downs from 18 yards or so with a wet, new ball, you get used to pace and movement. Then, batting at 22 yards, it doesn’t affect you. Kohli is not swayed by pace or movement, he bats out of the crease, he covers the stumps, plays close to the body and plays late, so he has worked hard at getting better in English conditions.”

He further added, “His head too is very disciplined in terms of leaving and playing because here leaving is more important. If you leave the ball well in England, then you will score a lot of runs, but for that, you need to be at the wicket and that happens only if you leave a lot of balls. He is a brilliant batsman. I haven’t seen many batsmen come to South Africa, Australia, and England, and make conditions look so easy to bat on. He bats on a different wicket than other batsmen.” 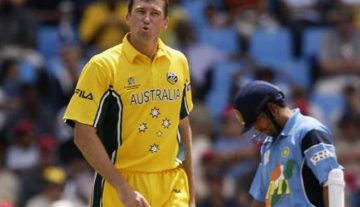