Recently, Hardik got in trouble for making misogynistic comments on a popular TV show, Koffee With Karan. What followed was Pandya receiving a suspension from BCCI and had to take the long flight back to India ahead of the ODI series. The suspension was soon lifted and he was brought back in the team during the 3rd ODI. The female fan seemed to be an Indian who was holding the placard in the stands.

Since Pandya’s return to the side, he has proved his worth with the ball, the bat and in the field.

The new brother duo in the Indian team, Hardik his elder brother Krunal were both parts of the Indian playing XI for the second T20I in Auckland. Krunal, who did have a forgettable outing in the first game in Wellington, came back with a bang in Auckland. He took 3 for 28 in his four overs and played a crucial role in restricting the opposition to a manageable total.

WATCH – Krunal Pandya Gets Two In An Over

Krunal picked up crucial wickets of Colin Munro (12), skipper Kane Williamson (20) and Daryl Mitchell (1) to stem the run flow of the Kiwis in the middle overs. For his effort, he was also awarded the Man of the Match for his superlative bowling display.

Having leveled the series, both teams will play the decider in Hamilton on Sunday (February 10). India will then host Australia for a limited-overs series which includes two T20Is and five ODIs. IPL and World Cup 2019 are the two big events of the year which then follow. 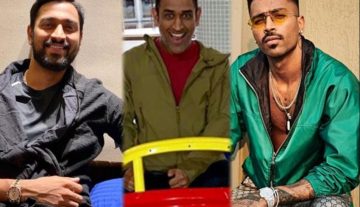