The flamboyant Indian all-rounder Hardik Pandya has had a rough phase in the last couple of months. During the Men in Blue’s Asia Cup group match against Pakistan in Dubai, he collapsed on the pitch and left the field on a stretcher. The Board of Control for Cricket in India (BCCI) has expressed that the all-rounder ha sustained an acute lower back injury and was thereafter ruled out of the event.

To add to his agony, Hardik didn’t find a place in the Test, ODI and T20I series against Windies as he worked on getting fit. The Indian team is scheduled to play four Tests, three T20Is and as many ODIs against Australia and the series gets underway on Wednesday at The Gabba in Brisbane with the opening T20I. Adding insult to the injury, Pandya was excluded from the Test and T20I squads as well.

However, the squad for the ODI series hasn’t yet been announced and Pandya would be desperate to stake his claim back into the national squad. In the meantime, the all-rounder has managed to attain a certain amount of fitness and has made his way to the cricket pitch. Recently, the player uploaded a video where he can be seen bowling in his full-fledged run-up.

Meanwhile, Hardik captioned the video and wrote, “Focused and determined! Feels good to be bowling after 60 days, on my road to recovery,” Here is the video of the session:

Focused and determined! Feels good to be bowling after 60 days, on my road to recovery 🔥💪💪💪 pic.twitter.com/D5moHZKVfd

Hardik ran in from a fair distance and sent down the ball without much fuss and that is an indication to the fact that his back is currently in decent shape. India is one of the teams to watch out for in the 2019 edition of the World Cup in England and Wales, and Pandya is expected to play a vital role in their campaign. It will also be Hardik’s first World Cup after he made his international debut in 2016. 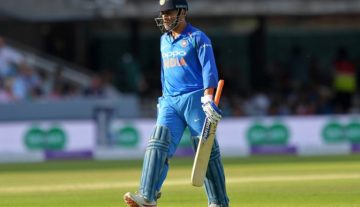