The Indian team will be missing the valuable services of allrounder Hardik Pandya on their tour of Australia as he’s currently recovering from a lower-back injury. He sustained the injury during the Asia Cup in September which forced him to return back home midway through the tournament and hence he had to miss the West Indies series at home as well.

Australia batting legend Michael Hussey reckons that the absence of Pandya will hurt India as his game was suited to the Australian conditions. India are scheduled to play three T20Is, four Tests and three ODIs during the tour that starts from November 21.

As per the quotes in PTI, Hussey said, “I think Hardik is a wonderful talent and I am sure his game style would have been suited to the Australian conditions. Add to that, the balance he offers the team with his all-around abilities, yes I think his absence will hurt India.”

ALSO READ: Hardik Pandya to appear first time in the Koffee with Karan

Hussey also expressed that the visitors do have a strong chance to prosper on the tour as the home team will be without two of their premier batsmen in David Warner and Steve Smith, as both are currently serving ball-tampering bans.

Despite that Mr. cricket warned India that they won’t find it easy against a ‘world-class’ Australian bowling attack. He said, “I do think India has a good chance as they have an excellent team with some very good fast bowlers. However, I think Australia’s bowling attack is world class and will challenge the Indian team, particularly the younger players in Australian conditions. Australia always plays well at home and hence will be very hard to beat.”

Australia’s batting has been found wanting in recent times and against an Indian attack that has been excellent in overseas conditions, they will definitely be tested. Hussey, who played 79 Tests, 185 ODIs and 38 T20Is for Australia, said that the Australian batting will be tested against an excellent bowling attack of India and it will also create some great opportunities for Australian batsmen to cement a place in the team with some big runs. 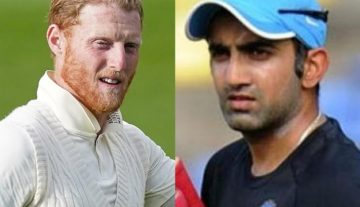