The flamboyant Indian all-rounder, Hardik Pandya, eventually made a comeback to competitive cricket on Friday by playing for the Reliance 1 team in the DY Patil T20 Cup. He impressed with the bat in the game by smashing 38 off 25 balls, and with the ball, he scalped three wickets after conceding 26 runs. Along with the Baroda all-rounder, other national players Shikhar Dhawan and Bhuvneshwar Kumar also played in the match.

However, the controversy also did not let Hardik go as the cricketer was seen sporting the Team India helmet and could face the consequences for the action from the Board of Control for Cricket in India (BCCI). The India board had in 2014 asked match referees to ensure that the country’s national cricketers do not sport the BCCI logo while playing a domestic match as that will be considered a violation of its code.

Describing the same, a senior BCCI official said, “The rule has been there from the start of the season but has only been implemented in all earnestness during the recently-concluded Deodhar Trophy final between West Zone and East Zone.” But Hardik, who returned to the 22 yards after five months, was not careful enough to abide by the law.

Hardik’s performance was closely monitored by the outgoing chief national selector MSK Prasad, who was present at the venue. The all-rounder was expected to make it to the Indian team for the ongoing New Zealand tour but failed to turn up for the India ‘A’ team against New Zealand’ A’ to prove his fitness.

Prasad was content with Hardik’s all-round performance in Mumbai and the men in blue will require his services during the upcoming T20 World Cup in Australia later this year. On the other hand, his Indian Premier League (IPL) franchise Mumbai Indians (MI) is also watching him closely ahead of the IPL 2020 starting in March end.

MI support staff including former India cricketers like Pravin Amre, Zaheer Khan, Kiran More, and Robin Singh have also followed Hardik’s fitness condition closely and he might feature in the opening match between Mumbai and Chennai Super Kings at the Wankhede Stadium on March 29. 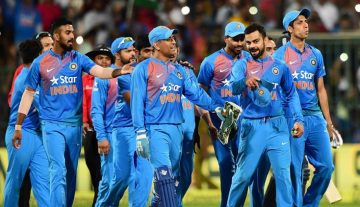 News
By Sandy - Mar 31, 2018
BCCI will make the 50-players database to manage the workload