In India, Bollywood and cricket always go hand-in-hand as the country’s rich film industry and the game had an immense influence on the citizens of the country. So it’s only natural that the two great forces often combine while partying or something else and it is indeed a pretty much-lit affair.

Be it Mansoor Ali Khan Pataudi and ex cine-queen Sharmila Tagore’s classic love story or skipper Virat Kohli and actress Anushka Sharma’s destination wedding, every saga was followed by millions of fans pan-India and even on the foreign shores.

Earlier, rumors have started spreading between all-rounder Hardik Pandya and ex Bigg Boss contestant Elli AvrRam. And now she was seen flying her way to South Africa to join Pandya on his tour, well, that’s what the viral pictures state so.

Thanks to these wonderful ladies and gorgeous kids in helping me to celebrate Rhea’s 13th Birthday 🎂 We had a great time with many laughs, great food and even better company!!! Cheers to all!! ❤️😘😊💋 @aliyah_dhawan @prithinarayanan @niks.vj @tanya_wadhwa @nupurnagar @radhika_dhopavkar @ritssajdeh @elliavrram

A dream come true❤️🦁. Having this 2 months old lion baby in my arms was surreal! It started to yawn, looked at me and slowly tried to turn around to cuddle❤️❤️. One of the best moments in my Life. . . . #dreamcometrue #lion #baby #inmyarms #memory #forlife #love #animals #nature #leomeetsleo

Clearly, the guests comprised of the WAGs (wives and girlfriends) of the star cricketers who are currently on their South Africa tour. And Elli’s presence in the birthday bash marked a surprise entry which only implies that she is in the rainbow nation as well.

Even before Virat and Anushka went public with their relationship, it was viral pictures from their hangouts during Team India’s tour which first brought their affair in front of the people. In the current scenario, it is difficult to guess whether any good news on its way for Hardik and Elli’s fans or it’s just a coincidence.

For those unaware, Elli was also one of the attendees at Hardik Pandya’s brother Krunal Pandya’s wedding reception in December which first set fire to rumors of them seeing each other. Ever since the Bollywood actress made her way presence felt at the wedding festivities, speculations of her dating the flamboyant cricketer continue to rule the internet. 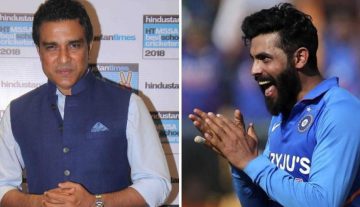