On Saturday, the Board of Control for Cricket in India (BCCI) Ombudsman DK Jain directed Hardik Pandya and opener, KL Rahul, to donate a sum of ₹1 lakh each, to widows of 10 constables in paramilitary forces who have lost their lives on duty. The duo has to pay the fine as a punishment for the misogynistic comments they made on Karan Johar’s TV show Koffee with Karan.

Hardik and Rahul have also been asked to pay ₹10 lakh each in the fund created by Cricket Association for the blind, in order to promote cricket for the blind people within 4 weeks.

The Ombudsman has also said that if both the players fail to do the payments within four weeks from the date of the receipt of the order, the BCCI might deduct the said amount from the match fees payable to the players.

BCCI Ombudsman directs KL Rahul & Hardik Pandya to pay Rs1,00,000 each to families of 10 constables in para-military forces who have lost their lives on duty & Rs 10,00,000 in the fund created by Cricket Association for the blind,for promotion of game for the blind,within 4 weeks https://t.co/Ju7Zgvwsit

The Ombudsman also took a note hat Hardik and Rahul have already faced the loss of ₹30 lakh as they had been sent back from the tour of Australia. But at the same time, he justified that the Indian cricketers are role models and their actions should be befitting the status they have acquired.

But the ombudsman also noted that since both the players apologized hence, it is unnecessary to return a categorical finding as to whether the remarks made during the course of the chat show constitutes as an act of indiscipline or misconduct or violation of any of Rules and Regulations on part of players as contemplated under Rule 41 (1) (c) of the rules.

The two tendered unconditional apologies and their ban was provisionally lifted pending the inquiry. Once Jain took the role, the COA handed over the matter to Ombudsman for the completion of inquiry. Hardik and Rahul have also spoken publicly on the incident, recalling one of the toughest phases of their respective careers. 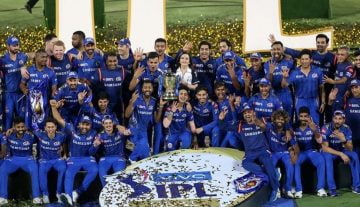