Mumbai Indians (MI) had registered a convincing win over Royals Challengers Bangalore (RCB) on Monday. However, Bangalore was pretty much in the game as Moeen Ali and Yuzvendra Chahal bowled really well but Hardik Pandya snatched the game away from Bangalore as he scored 37* off 16 balls and handed over the win to his side. With 25 runs required in the final two overs, Pawan Negi came to bowl and failed to defend the score where Hardik Pandya collected all the runs in his over only.

Earlier in the game, Mumbai Indians’ bowlers did a fabulous job apart from Jason Behrendorff and Krunal Pandya. Both of them bowled at an economy of 12.25 and 10.00 respectively. However, the other bowlers restricted Bangalore within a below-par total of 171 runs. Lasith Malinga bagged a 4-wicket haul in his four-over spell while conceding 31 runs. His economical bowling didn’t allow Bangalore batsmen to score freely in the death overs.

Lasith Malinga was awarded the Man of the Match for his superb spell in the death overs. He was happy that his teammate Hardik Pandya won the game for them but he was scared at the same time. He is pretty much aware of Pandya’s role in the team as well as his big hitting abilities. As the ICC World Cup is coming up, Malinga said to MI TV after the match that he is scared to bowl Hardik Pandya.

The upcoming ICC World Cup2019 is scheduled to start from May 30 in England. India will face Sri Lanka on July 6 at Headingley in Leeds. It will be interesting to see how they face each other in the mega event. 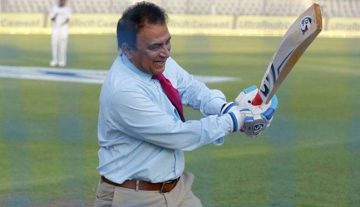