On Friday, the Board of Control for Cricket in India (BCCI) has recently announced the Indian women’s T20I squad for the upcoming World T20 in West Indies in November. Last time in 2016, the Women in Blue had a forgettable campaign having won only one out of four encounters. Subsequently, India, captained by the charismatic Mithali Raj, crashed out of the tournament.

This time around, Harmanpreet Kaur will be leading the women’s squad while the southpaw opener Smriti Mandhana will be performing the duties of the deputy skipper. Mandhana recently got the prestigious Arjuna Award. Teenage sensation Jemimah Rodrigues, who has been in tremendous form of late, also found a place in the 15-women squad.

Kaur hasn’t been in her prime form in recent times, but her credentials as a power-hitter can’t be undermined by any stretch of the imagination. The likes of leg-break bowler Poonam Yadav and left-arm spinner Radha Yadav have also found a spot in the squad. Ekta Bisht is the other specialist spinner. Taniya Bhatia is the designated wicketkeeper and she is also in decent form with the bat.

WATCH – Harmanpreet Kaur Breaks A Car’s Glass With A Six

Anuja Patil and Deepti Sharma are the genuine all-rounders. Mansi Joshi, Pooja Vastrakar and Arundhati Reddy will be performing the duties of the fast bowlers. Veda Krishnamurthy is expected to add depth to the batting. India is placed in Group B alongside Ireland, Australia, New Zealand, and Pakistan.

Their opening match is against Amy Satterthwaite’s White Ferns on November 9 at Providence Stadium in Guyana. Recently, India won their five-match T20I series against Sri Lanka Women 4-0 and would be keen to carry over their rich vein of form to the mega event. 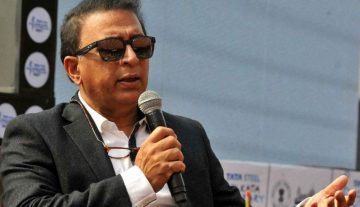