Cricket analyst and commentator Harsha Bhogle selected his best Test playing XI of 2021. The team included just one Indian player and two each from Australia, England, West Indies, and Pakistan, along with one from South Africa and Afghanistan each. As openers, Jos Buttler and Mohammad Rizwan were chosen because of their consistent performances. Rizwan has amassed as many as 1326 runs in 29  matches while Buttler has scored 589 runs in 14 games.

Harsha Bhogle then picked the Aussie duo of Mitchell Marsh and Glenn Maxwell in his XI for the middle order, with England’s Moeen Ali also finding a spot in the side as well.

KL Rahul, Lockie Ferguson, Wanindu Hasaranga and Jonny Bairstow included in the reserves for this team.

Harsha Bhogle went with 2 West Indian all-rounders in Andre Russell and Sunil Narine. And, the 4 specialist bowlers that the Indian commentator went with are Rashid Khan, Shaheen Afridi, Anrich Nortje, and Jasprit Bumrah. He also revealed that there was a choice between Wanindu Hasaranga and Rashid Khan, but a batter would be more uncomfortable facing the Afghanistan spinner, and so he went with Rashid.

Explaining his choices, Harsha Bhogle said, “There was a choice between Wanindu Hasaranga and Rashid Khan, but then who would a batter want to see less of, and I went with Rashid Khan”.

Apart from the XI, Harsha Bhogle also picked 4 other players, to make a squad of 15, and the 4 players are KL Rahul, Lockie Ferguson, Wanindu Hasaranga, and Jonny Bairstow. 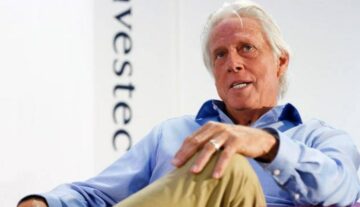