So what exactly is a pinch hitter? How good a batsman is he? Or does it even matter? Is he a quintessential technician? Or wait, is he even one? A pinch hitter literally means someone who slogs, and is promoted up the order by his Team to try and get some quick runs! Technique or purest principles of batsmanship don’t matter a lot with pinch hitters, as they are sent in to slog right from the word go and try and get some quick runs for the Team.

Pinch hitters, if they strike, can create an immediate impact on the game. And with T20, they are becoming a lot more relevant than they have ever been! A pinch hitter is a batsman coming in as an alternative to the designated batsman and comes in to only try and get some quick runs.

Mark Greatbatch was the earliest and the most prominent example of a batsman being promoted up the order to try and score some quick runs. The New Zealand southpaw, during the World Cup 1992, was promoted up the order to try and take advantage of the field restrictions, by the then Kiwi Skipper, the late Martin Crowe! Greatbatch’s was a great success story, and then the likes of Sanath Jayasuriya and Virender Sehwag followed, each one of the two taking giant strides and proving their mettle in international Cricket. They carved a niche for themselves in world cricket and impacted the game like very few could.

On this background, promoting a pinch hitter up the order will be a great idea in a competition as fast and demanding as the IPL. Kolkata have been doing it with Sunil Narine. After the devastating Chris Lynn got injured, the KKR management must surely have been in a dilemma as to who would join skipper Gautam Gambhir to open the innings. Robin Utthapa seemed like the immediate choice. But the KKR management decided to experiment by promoting Sunil Narine, the wily finger-spinner from West Indies, to open the innings with Gambhir and the gamble has paid off. Narine attacks from the word go and has very often got KKR off to a flyer.

Mumbai Indians have promoted Jos Butler, the Englishman known for his attacking prowess, and he has formed probably the most formidable opening pair with Parthiv Patel. Hardik Pandya, too, has been handy as a pinch hitter and we have seen him being promoted quite a few times.

The rest of the IPL franchises, too, could try out this strategy of promoting a pinch hitter once in a while. They might fail. When they fail, you don’t have too much to lose anyway, but when they strike, they provide you off to a dream start and that just helps you gain early control over the game. 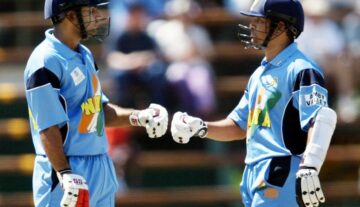