Former skipper Ian Chappell feels the national cricketers of Australia should prioritize the domestic competitions over the Cash-rich star-studded IPL. He also mentions that the CA is taking good care of the players’ financial needs.

Australian pacer, Pat Cummins is the most expensive sign in IPL as he was brought for a whopping 5.5 crores by the from Kolkata Knight Riders.  Cummins aside, many  Australians have signed multi-million dollar lucrative deals to play in the IPL. As of the 2019 December auction, 19 Australian internationals were expected to feature in the 13th edition of India’s premier cricketing event.

The future of ICC’s T20 World Cup slated to take place in Australia is in doubt due to the Covid-19 pandemic. The ICC global tournament is scheduled to begin on October 18 and continue till November 15 across Australia. However, it’s postponement might open a window for the IPL.

Reports suggested that if the World Cup is rescheduled, the now-postponed the 13th edition of  IPL will be slotted into the October-November period.  If that happens, IPL’s duration will collide with Australia’s domestic season.

While speaking to Wide World of Sports, Chappell said, “The top players are looked after very well by Cricket Australia these days, so I think there’s an obligation there.”

“I could mount a case more for a peripheral player who doesn’t earn a lot of money in Australia; if the bulk of his income is going to come from the IPL;  well that’s something I would have some sympathy for if I was a CA board member. But the top players are well paid, and that argument doesn’t hold any water. Their obligation should be to Australia,” he said.

Earlier,  many Aussie cricketers have expressed desire on seeing the IPL happen to take place this year. Players like Warner and Cummins have expressed eagerness to play in the IPL once the world returns to normalcy. 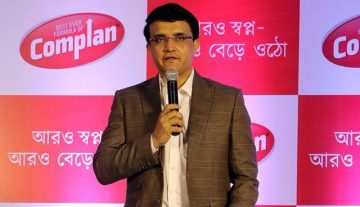 Article
By Shruti - Oct 26, 2019
Ravi Shastri Comments on Sourav Ganguly and His Post