On Monday, the International Cricket Council (ICC) officially launched the inaugural ICC Cricket World Cup Super League. It will be commencing with the three-match ODI series between England and Ireland on July 30 in Southampton. The global body has been planning to launch the Super League in order to increase the importance of the bilateral ODIs, as it was reduced with the rise of T20 cricket. The Super League will be featuring 13 teams – 12 full members of the ICC and Netherlands.

The top seven teams in the Super League will be able to qualify directly for the 10-team 2023 World Cup. The League will see every country playing four home and four away three-match series.

Explaining about the league, Geoff Allardice, ICC General Manager – Cricket Operations said,  “We are delighted to get the ICC Men’s Cricket World Cup Super League underway with world cup winners England against Ireland. The league will bring relevance and context to ODI cricket over the next three years, as a qualification for the ICC Men’s Cricket World Cup 2023 is at stake.”

The Super League will be increasing the drama around the game for the die-hard cricket fans around the world. Elaborating the same, Allardice said, “The decision last week to move the World Cup back to late 2023 gives us more time to schedule any games lost due to COVID-19 and preserve the integrity of the qualification process, meaning it will be decided on the field of play, which is important.”

Explaining his thoughts on the same, the English limited-overs skipper. Eoin Morgan said, “We’re looking forward to playing cricket again and to the ICC Men’s World Cup Super League. Given the situation, it will be quite different to the last time we played at home, but it’s nice to be starting our journey for the next edition of the tournament. I’m sure cricket fans all over the world will be excited to see a white-ball cricket resume and we’re looking forward to the challenge. “

On the other hand, Ireland’s skipper, Andrew Balbirnie feels privileged to featured in the inaugural series of the ICC Men’s World Cup Super League. He is also excited to finally getting back to the field. 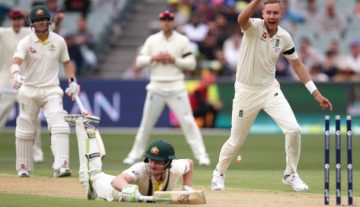 Article
By Aditya Pratap - Dec 11, 2017
Bancroft says he was thinking about getting run out in longer format