On Tuesday, the International Cricket Council (ICC) announced several interim changes in playing regulations, including banning the use of saliva to shine the cricket ball. The global body also decided to approve the appointment of home umpires in international series as recommended by its Cricket Committee led by former India leg-spinner Anil Kumble.

While announcing the same, ICC’s statement read: “The ICC Chief Executives’ Committee (CEC) ratified recommendations from the Anil Kumble-led Cricket Committee, aimed at mitigating the risks posed by the COVID-19 virus and protect the safety of players and match officials when cricket resumes.”

JUST IN: Interim changes to the ICC's playing regulations have been confirmed.

However, the new conditions will be difficult for the bowlers to adjust to, the ICC has asked the match officials to be lenient while dealing with saliva usage violation during an initial period. ICC also specified that after a certain time any violation will lead to them receiving a warning from the umpires but the repeated violation will result in a “5-run penalty to the batting side”.

ICC’s press release regarding the same read: “Players will not be permitted to use saliva to shine the ball. If a player does apply saliva to the ball, the umpires will manage the situation with some leniency during an initial period of adjustment for the players, but subsequent instances will result in the team receiving a warning. A team can be issued up to two warnings per innings but repeated use of saliva on the ball will result in a 5-run penalty to the batting side. Whenever saliva is applied to the ball, the umpires will be instructed to clean the ball before play recommenced.”

The other major interim changes was allowing teams to replace players who display COVID-19 symptoms during a Test match.

Explaining the same, ICC wrote, “Teams will be allowed to replace players displaying symptoms of COVID-19 during a Test match. In line with concussion replacements, the Match Referee will approve the nearest like-for-like replacement.”

Providing teams with a major relief the CEC also confirmed an “additional unsuccessful DRS review” for each team in each innings of a match across all three formats. This decision was taken considering the fact that home umpires are less experienced as compared to the ICC’s elite panel umpires.

ICC elaborated, “The CEC has also confirmed an additional unsuccessful DRS review for each team in each innings of a match, keeping in mind that there may be less experienced umpires on duty at times. This will increase the number of unsuccessful appeals per innings for each team to three for Tests and two for the white-ball formats.” 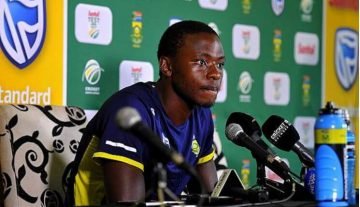