On Thursday, the International Cricket Council (ICC) posted a video of legendary Widnies pacer, Courtney Walsh as it recalled the bowler’s fine gesture of not running out Pakistan lower-order batsman Saleem Jaffar as both the teams were involved crucial match at Lahore on October 16, 1987.

In the video, Walsh can be heard saying, “Not running Saleem Jaffar in the World Cup of 1987… people still recognize it and appreciate it. I just couldn’t do it without a warning, and as a youngster, the spirit of the game meant a lot to me. And because of the gesture and the way it was appreciated, that’ll be a memory that will always be with me.”

The incident took place during the 1987 Men’s World Cup in Lahore when Walsh decided to run out Jaffar at the non-striker’s end on the final ball of a league-stage game against Pakistan. Eventually, West Indies failed to reach the semi-finals for the first time. It was the ninth match of the tournament and while Pakistan had won both their matches thus far, West Indies had won one and lost the other.

It is in this context that Walsh’s refusal to Makad Jaffar with Pakistan needing just a couple of runs to win off the last ball is relevant. As Walsh ran in to bowl the final ball, Abdul Qadir, who had smashed a maximum just two balls ago, needed to get two runs to win. Jaffar backed up too far trying to gain a head start and Walsh observed this in his run-up but instead of running Jaffar out and ending the match, he simply warned the batsman to be cautious in the crease and walked back to the top of his mark.

The equation eventually came down to 10 off 3 and that’s when Qadir hit a six over long-off and ran two off the next to reduce the equation to 2 off 1. Walsh’s gesture then cost his team to lose the match and a place in the semi-finals for the first time ever.

Walsh finished that match with figures of 4/40 and finished his career with 227 ODI wickets to go along with 519 in Tests – the most by any Windies bowler. Since the 1987 edition, the West Indies have made the final four of a World Cup only one more time in 1996. 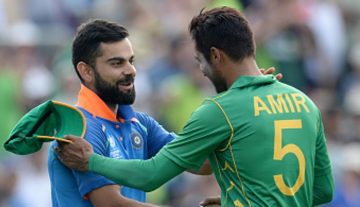