According to the recent reports of NDTV, government sources have advised against any hurried decision to boycott World Cup 2019 match of India with Pakistan as the aftermath of the Pulwama terrorist attack. After the attack, which witnessed the death of more than 40 CRPF troopers, there have been calls from many quarters not only to boycott the World Cup match but also to seek Pakistan’s ban from the tournament.

However,  referring to the two points India will lose if they don’t field a team for the match, the sources further elaborated, “We should not get isolated in order to isolate Pakistan. By not playing against Pakistan, we will be giving them a walk-over. Punitive action can be taken against us. ICC can even impose the ban on BCCI. There is still a lot of time. We should not react in hurry.”

Some of the Indian cricketers including Harbhajan Singh have asked for a cricketing boycott of Pakistan. However, Pakistan has denied any role in the attack.

Talking about the same to same to India Today, Harbhajan had earlier said, “Pakistan has been promoting cross-border terrorism and this attack was unbelievably shocking. I don’t care about losing points as the Indian team is powerful enough to win the World Cup without playing Pakistan.”

India, one of the favorites to lift the World Cup, would at the very least give the walkover to Pakistan if they boycott the group match to be played in Manchester.

Earlier Pakistan PM Imran Khan said, “You (India) have blamed the Pakistan government without any evidence…If you have any evidence, we will act. I want to tell the Indian government that we will take action if evidence is found against anyone from Pakistan. What has Pakistan to gain from this? Why will Pakistan do this at a stage when it is moving towards stability. If you think you will attack us and we will not think of retaliating…We will retaliate. We all know starting a war is in the hands of humans, where it will lead us only God knows. This issue should be solved through dialogue.” 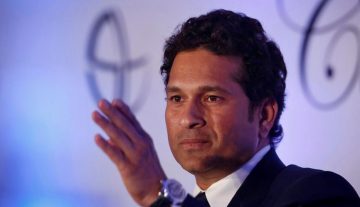 Article
By Shruti - Jan 1, 2020
Sachin Tendulkar Wants Everyone to Start the New Year with an Inspirational Video