The cowardly terrorist attack in Pulwama which led to India losing the lives of 44 CRPF soldiers last week has also led to an outrage among the Indian people. India is on the verge of boycotting Pakistan in all the sectors and cricket is not behind either. While DSport has stopped telecasting the Pakistan Super League (PSL) first, the IMG Reliance, who was the worldwide producer of the of the tournament also pulled itself out which stopped PSL from going on air.

Moreover, there have widespread calls that the Men in Blue to boycott Pakistan in the World Cup game as well which is scheduled to be played on June 16 later this year. While the Indian stalwarts like Harbhajan Singh and Chetan Chauhan have already opined themselves to not play against the arch-rivals, the BCCI is likely to request ICC to ban Pakistan from the World Cup itself.

However, most of the people also suggested that there is no need to forfeit the game against Pakistan and lose 2 points in the quadrennial event and it might hurt the World number 2 side during the tournament. However, according to the recent reports, a Special General Meeting of the BCCI took place on June 22 last year and the BCCI is yet to sign the Members Participation Agreement (MPA). This puts the case in India’s favor and they can decide whether to play Pakistan or not now.

Describing the same while talking to Hindustan Times, BCCI treasurer Anirudh Chaudhry said, “The BCCI had resolved at the Special General Meeting that the members’ participation agreement shall not be executed without the authorization of the general body of the BCCI and the BCCI reserves all its rights regarding the MPA and regarding its participation in any other multi-nation tournament or games not covered by the MPA. That answers your question.”

This will now definitely put the pressure on ICC even as the BCCI is set to send them a letter requesting to ban Pakistan from the World Cup for sheltering the terrorists.

Another board official has expressed that in the current circumstance, the BCCI can refuse to play Pakistan as the idea of conceding the match to Pakistan if India doesn’t play comes only after signing the MPA.

The BCCI official clarified, “The India board reserves all rights regarding the MPA and that has been the consistent position of the BCCI. Therefore, the BCCI cannot be forced to even play in the World Cup. There may be some provision where if we do not play them in a match, they get the points. But as of now, the BCCI as an organization has not even given its authorization of the signing of the MPA and therefore it is free to lay down its conditions regarding Pakistan.” 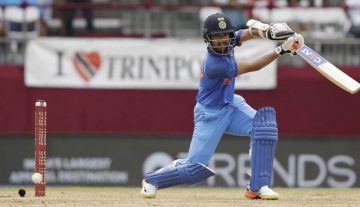