Twitter Reaction
India Registers Their Biggest Ever Win In Terms Of Runs In Test Cricket
By CricShots - Dec 6, 2021 11:25 am
Views 210

Team India took less than an hour on Day 4 of the second Test against New Zealand at the Wankhede Stadium in Mumbai to win it by 372 runs. all it took for India to complete the formalities on the 4th Day of the second Test match was just 45 minutes. India needed to scalp just 5 wickets for victory on Day 4, and Virat Kohli and his men did it with grace and registered a win with the biggest margin ever in terms of runs.

Resuming the day at 140/5, the Kiwis failed to hold it for long as they lost 5 wickets and managed to add just 27 runs. And, it was the spin duo of Ravichandran Ashwin and Jayant Yadav who did the job for the hosts. Both the spinners scalped 8 wickets between them, as the Black Caps had no answers to the Indian bowlers. Rachin Ravindra was the first man to fall on the morning of Day 4, with Jayant Yadav scalping his wicket.

Ravindra’s wicket led to a flurry of wickets that fell, and from 162/5, the Kiwis eventually got bundled out for 167. Ajaz Patel etched his name in history by becoming the 3rd bowler to scalp all 10 wickets to fall in Test innings. After scalping 10 wickets in the 1st innings, Patel had also taken 4 wickets in the second essay, to finish the match with a staggering tally of 14 wickets to his name.

Apart from Patel, Mayank Agarwal will also remember this match with a sense of fondness. While the opener scored a masterly 150 in the first innings, he followed that up with a superb 62 in the second innings. As a result, he also received a man of the match award.

And, this is a series that Ross Taylor would like to forget as the Kiwi legend only managed to score 20 runs in all his 4 innings of the series put together, and William Somerville will also want to let go of the memories from this series, as he failed to scalp even a single wicket in the entire 2 match rubber. So, India continues their dominance at home, with a superb performance against their opponents, while New Zealand’s World Test Championship (WTC) title defense has got off to a poor start.

Here is how the fans reacted to India’s series win:

Inevitable. This is a quality test side. Very very difficult to beat at home.

Fantastic win for India. New Zealand played fabulously to save the first test match but India were just too good in Mumbai. Feel happy for Jayant Yadav who has waited for long for a comeback and Mayank Agarwal showed his class where most other batsmen struggled . #INDvNZ pic.twitter.com/ZKpqZgofHp

Resounding win for India in their own backyard, comprehensively outclassed New Zealand on a track with turn and bounce. Complete all-round effort with Mayank and Ashwin leading the way, one does feel for history-maker Ajaz. #INDvNZ pic.twitter.com/FFeRu6ZPUC

This is India’s fourth consecutive Test series win at home against New Zealand.

India have now played 12 Test series against New Zealand at home and have not lost any of them. #INDvNZ

India's 6 out of 7 biggest wins in terms of runs in Test cricket history have come under Virat Kohli's captaincy.

Beating NO. 1 Test side in almost three days by the biggest margin in Home conditions is great! Congratulations Team India for beating the WTC champion in the #INDvNZ Test series. #NZvIND #CricketTwitter

14th consecutive Test series win at home. Enviable record. India is the modern day ‘final frontier’ for the teams across the world.
A gentle reminder that India were missing 6 players from the first playing XI for the first Test at Kanpur and 5 in Mumbai. #IndvNZ

Congratulations to the Indian team.
This test will be remembered for #AjazPatel ‘s ten wicket haul.
Last time #AnilKumble achieved this feat in ‘99. @anilkumble1074 #INDvNZ #IndiaVsNewZealand 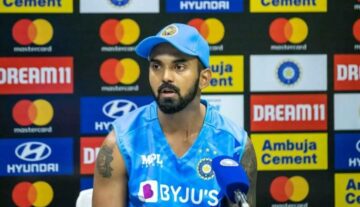