The World Health Organisation has branded the Corona Virus as pandemic and it has lead to many sporting events getting canceled or postponed because of the same.  The Indian government also has stopped the issuance of fresh visas to avoid international travel and the spread of disease. As things stand, the participation of foreign players in IPL 2020 is in doubt as the Government of India has restricted itself from issuing visas till April 15. David Warner has fallen into trouble because of the same.

Australia’s David Warner will be forced to miss a huge chunk of IPL 2020 as the government authorities have rejected his visa request. Although, the reason for his visa rejection hasn’t been cleared up. It may be because of a technical reason or because of the CoronaVirus scare.

David Warner, who is currently playing for the Australian national team in the ODIs against New Zealand is ready to captain the Sunrisers Hyderabad. The franchise’s board has decided to have Warner as the captain over Kane Williamson.

Warner had played IPL 2019 for the Hyderabad franchise after missing the IPL 2018 as BCCI canceled his contract for a year banning the Australian star to play in IPL 2018.

ALSO READ: IPL 2020: BCCI Postpones The Tournament By A Couple Of Weeks

The Hyderabad team management has new members to help Warner and co this season with a new set of the coaching staff. The SRH board decided to cut ties with coach Tom Moody and choose to appoint  Former England coach Trevor Bayliss as the new SRH coach, Former Australian wicket-keeper batsman Brad Haddin joins Trevor Bayliss’s team as his assistant. Warner was SRH and overall the leading run-getter in IPL 2019, scoring 692 runs in just 11 games.

The certainty of the IPL 2020 taking place is doubtful because of the same. uncertainty after the Coronavirus outbreak. IPL 13 is set to kick off on March 29 at the Wankhede Stadium in Mumbai with defending champions Mumbai Indians taking on last year’s runner-up Chennai Super Kings. 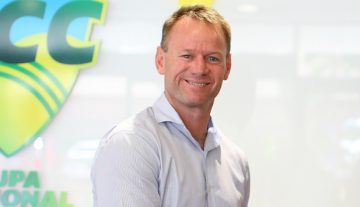