During the 20th match of the 11th season of the Indian Premier League (IPL) between Sunrisers Hyderabad (SRH) and Chennai Super Kings (CSK) at Hyderabad, Suresh Raina and Ambati Rayudu stitched a 112-run stand to turnaround things for their team after Chennai Super Kings’ lacklustre start.

After Kane Williamson sent Chennai Super Kings in to bat, the visitors did not get off to the best of starts. Apart from losing their openers cheaply, what affected them the most was a paltry run rate which didn’t seem to take their innings anywhere.

Rayudu came in to bat at No. 4 in the eighth over. At this point in time, the Super Kings were 32-1 in 7.1 overs. In need of quick runs, Rayudu carried on his good form and did not let the demotion in the batting order affect his game. Raina, who had come in to bat fairly early played second-fiddle to Rayudu as he too struggled to a large extent in the beginning.

Once Rayudu got out to terrible mix-up, Raina took the onus on him and finished the innings on a high note for the Super Kings. Rayudu’s effort were praised highly because he initiated the flow of runs in a situation when things appeared bleak.

Rayudu completed his 15th IPL half-century on the second ball of the 15th over with a single to long on off Shakib Al Hasan. He got out in the 17th over, scoring 79 (37) with the help of nine fours and four sixes.

Raina, on the other hand, brought up his 32nd IPL half-century on the third delivery of the penultimate over with a four off Siddarth Kaul. He ended up scoring 54* (43) with the help of five fours and two sixes. His innings also saw him sneak past Virat Kohli in the race of highest run-scorer in the IPL.

Ambati has been #CSK’s most consistent batsman this season….has been pushed up and down a bit but he’s not let that affect his form. Brilliant. #SRHvCSK #IPL

. @ChennaiIPL Finish on a High courtesy of @RayuduAmbati & @ImRaina 's Brilliance with the bat backed by some big hits from @msdhoni at the end. Suresh Raina is now the highest run scorer in IPL overtaking Virat Kohli #SRHvCSK

First 9 overs produced only 41, the next 7 have produced 96. Rayudu is playing the innings of his life. #SRHvCSK

What a comeback that was from #CSK . At a point even 130 looked too far and then suddenly even 190 looked too close ! That's the power of having quality players like Raina , Rayudu and MSD in your team! #WhistlePodu @ChennaiIPL #SRHvCSK

What a comeback that was from #CSK . At a point even 130 looked too far and then suddenly even 190 looked too close ! That's the power of having quality players like Raina , Rayudu and MSD in your team! #WhistlePodu @ChennaiIPL #SRHvCSK 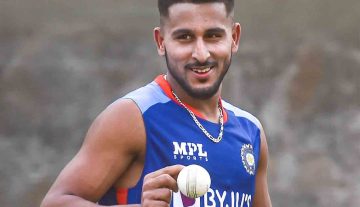