During the 20th match of the 11th season of the Indian Premier League (IPL) between Sunrisers Hyderabad and Chennai Super Kings at Hyderabad, Ambati Rayudu had to take the long walk back to the pavilion after he was involved in a terrible mix-up with Suresh Raina.

After Kane Williamson sent Chennai Super Kings in to bat, the visitors did not get off to the best of starts. Apart from losing their openers cheaply, what affected them the most was a paltry run rate which didn’t seem to take their innings anywhere.

Rayudu, who came in to bat at No. 4 in the eighth over, changed the course of the innings for his team. Carrying on his good form, Rayudu did not let the demotion in the batting order affect his game. He played an instrumental role in raising the run rate in an innings which saw the top three of his team struggling.

Looking in sublime touch, at one point in time it appeared difficult for the Sunrisers’ bowlers to get him out. Having said that, it was a run-out which led to his downfall. It happened on the fourth ball of the 17th over when Rayudu hit a Siddarth Kaul delivery to long-off.

After Manish Pandey threw the ball back to Kaul, a slight fumble happened at the non-striker’s end. Rayudu wished to steal an impossible single off an overthrow. Citing the same in mind, he left his crease after Raina too showed interest in the run. That being said, once Raina refused to take the run, Rayudu had no chance but to get himself run-out.

He ended up scoring 79 (37) with the help of nine fours and four sixes. Watch the full video: 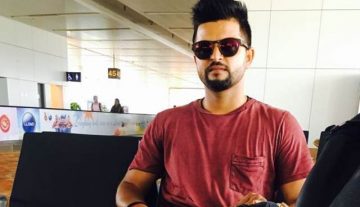