During the players’ auction for the eleventh edition of the Indian Premier League (IPL), there was a mega auction and the teams mixed up their lineups. While most have managed to retain the pillars of their squads, they had to let go some of the veterans as well. Among them are players who’ve been loyal to the franchise in the first decade or so and has been a crucial cog in the squad since the inception of the cash-rich league.

Former Indian skipper Anil Kumble who is part of the expert panel of Star Sports for the IPL 2018 reckons that Mumbai will surely miss the services of veteran off-spinner Harbhajan Singh in the bowling department. Harbhajan has played a crucial role for the team in the first decade of India’s biggest money spinner.

However, the Bhajji was bought by Mumbai’s biggest rival, Chennai Super Kings (CSK) in the auction and will now be playing against MI in the season opener at the Wankhede stadium. Kumble reckons that in Bhajji’s absence will dent the spin bowling department of Mumbai and hence the all-rounder Krunal Pandya will now have to play the role for his team this year.

Following the latest trend of Twenty20 cricket, MI has also picked up young leggie Rahul Chahar to boost their spin department. However, the Kumble feels that the Mumbai team will certainly find a vacuum as far as Harbhajan’s experience and big-hitting ability lower down the order is concerned.

Also read: When Anil Kumble Left With No Option

During a program on Star Sports, Kumble said, “Mumbai Indians will certainly miss the experience of Harbhajan Singh as a spinner. Krunal Pandya is a really good all-rounder, but he will have to lead the spinners now. They have Rahul (Chahar) as a leg-spinner, but again an unknown youngster. The experience of someone like Bhajji (Harbhajan) during those four overs and also what he brings with the bat as well … but having said that they have the other bases covered.” 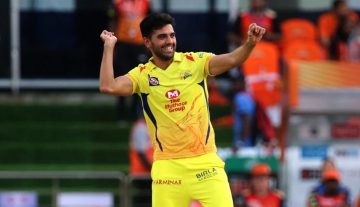