Indian opening batsman Gautam Gambhir clarified that he is not going to take retirement from the cricket soon. Gambhir claimed that he still wants to play and win more games for his teams.

While there was a speculation that Gautam Gambhir was going to take retirement from the cricket soon, the 36-year-old left-handed batsman has smashed all the speculation recently.

He wrote in Hindustan Times, “It is widely speculated that I am retiring from the game and contesting elections in Delhi and District Cricket Association. Both are not true. I am still keen to play and win games for my teams. Currently, I am in Chandigarh for family reasons and will then go on a short vacation. But before that, I will be eagerly following the playoffs.”

Former Kolkata Knight Riders (KKR) captain Gambhir had decided to play for Delhi Daredevils (DD) in IPL 2018. The Delhi franchise was glad on Gambhir’s comeback after 7 long years and they awarded the captaincy role to him due to his successful captaincy experiences for KKR.

However, DD had the very poor start in the IPL 2018 as they won only one game in the first six games of this season under Gambhir’s captaincy. Later, Gambhir stepped down from the captaincy and decided to play the remaining IPL season for free.

However, Gambhir didn’t get another chance to play under the new captain Shreyas Iyer. Gambhir cleared on this as he claimed that it was not his decision to not play the matches.

Gambhir wrote on that, “A lot of people asked me why I didn’t play after stepping down from captaincy. My reply is simple: I would have played had I been picked.”

He further added that what went wrong for DD to having another disappointing IPL season as they finished at the bottom-placed (eighth position) in the points table.

He wrote on that, “A lot of people also ask me where did we (DD) go wrong. It is simple again: injuries to key players like Rabada and Morris, inability to build the right team combination, certain players not clicking, the team not playing important moments well and also the inability to handle pressure are all reasons for our failure. I have always believed it is bowlers who win you games whatever be the format. I think we lacked there.” 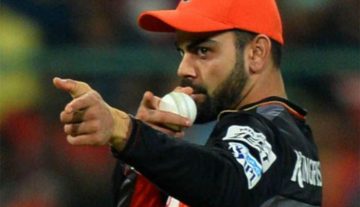