On the Saturday of the super weekend of the ongoing 11th edition of the Indian Premier League (IPL), the first match will be played between Chennai Super Kings (CSK) and Royal Challengers Bangalore (RCB) in Pune. While RCB defeated Mumbai Indians (MI) in their last game, CSK has lost 2 out of their last three matches despite having great momentum in the initial stage of the tournament. The Virat Kohli led team needs to win 5 out of their remaining 6 games in order to reach the playoffs.

There is no doubt about the fact that both the teams do have proven match-winners who can single-handedly take the game away from any opposition. Let us have a look at 5 such players from both the teams:

In the game against Rajasthan Royals (RR), coming in to open the batting with a new partner in Faf du Plessis, Shane Watson proved as to why he is still a dominant force in this format at the top of the order. At one point in time, he looked set to score his second century of the tournament but eventually ended up scoring 78 (40) with the help of four fours and seven sixes. He was adjourned the ‘Man of the Match’ for scoring his 15th IPL half-century. 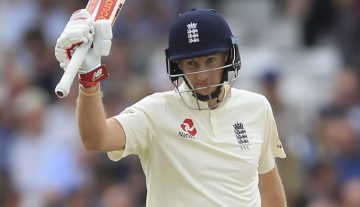