The hosts CSK decided to bowl first after winning the toss. It was a high-scoring match where KKR put a total of 202 runs (202/6 in 20 overs) on the board at the end of the first innings. In reply, CSK chased down that target in 19.5 overs after losing 5 wickets.

KKR was very close from their victory but some mistakes punished them with a defeat. In this article, we will briefly talk about some important reasons of loss for KKR in this game.

Apart from Andre Russell, none of other KKR batsmen crossed the 30-run mark in their innings. While KKR was struggling at one stage for 89/5 in 10 overs, Andre Russell came to bat at no.7 and played a blistering unbeaten 88 runs knock off 36 balls. His stormy innings helped the away team to put a big total of 202-runs on the board (202/6) at the end of 20 overs.

On the other hand, CSK openers Shane Watson and Ambati Rayudu provided a superb start. Watson scored 42-run off just 19 balls while Rayudu made 39 runs off 26 balls.

Later, while the CSK batsmen were struggling in the middle of their innings, Sam Billings came to rescue the team with another thrashing knock. He scored 56 runs off 23 balls and brought the game closer to CSK. In the end, Ravindra Jadeja and Dwayne Bravo finished the game successfully with one ball to spare.

While other spinners from both sides were effective in this game, Piyush Chawla was the second most expensive bowler in this game after the CSK pacer Dwayne Bravo (3-0-50-0). The leg-spinner had the bowling figure of 4-0-49-1.

Coming to bowl in the powerplay, Chawla conceded total 31 runs in his first two overs. Though later he dismissed CSK skipper MS Dhoni in the crucial time, KKR failed to get over from his expensive bowling figure.

KKR right-arm pacer Vinay Kumar showed poor skills with the ball. While his last match bowling figure was 2-0-30-2, this match was more horrific with 1.5-0-35-0. In Tuesday’s game against the hosts CSK, Vinay Kumar failed to defend 17 runs in the last over.

Defending the 202 total, Vinay Kumar took the fresh ball as he bowled the first over of that innings where he conceded 16 runs.

After the long wait, Vinay got chance in the last over of the match where he had to defend 17 runs. His poor bowling efforts provided two extras in that vital over including a free-hit in the opening ball of that over due to waist-high full toss. In that final over, CSK succeeded to reach the target with one ball to spare.

There is a lot of talking point on KKR skipper Dinesh Karthik’s leadership in this game. He failed to utilise the bowlers perfectly in this game. While his powerplay bowling choices didn’t work, he gave the last over bowling to out of form Vinay Kumar instead of Kuldeep Yadav or Tom Curran, who had still one over each. 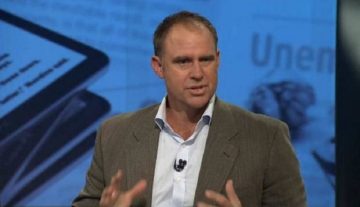