After Kane Williamson, captain of Sunrisers Hyderabad, won the toss and put the hosts in to bat, they lost their openers cheaply in the powerplay. In a situation where Bangalore desperately needed a partnership, AB de Villiers and Moeen Ali stitched a 107-run stand for the third wicket. The partnership came off 57 balls as both the batsmen scored brisk half-centuries. Bangalore eventually scored 218-6 in 20 overs.

In the second innings, the openers of the visiting team got off to starts but the men who mattered were the No. 3 & No. 4 in Williamson and Manish Pandey. The duo stitched together a 135-run partnership for the third wicket. Needing 20 runs off the last over, the pair failed collectively as Sunrisers could only manage 204-3 in 20 overs.

Now, we will look at the hits and flops players in this match.

AB de Villiers (RCB) – Coming in to bat at No. 3 in the second over, AB de Villiers appeared to be warmed-up from the dressing room as he scored good-looking boundaries at will. He ended up scoring his 27th IPL half-century, the fifth of this season, 69 (39), with the help of 12 fours and a six. Apart from this, he took an implausible catch to dismiss Alex Hales.

Rashid Khan (SRH) – Introduced into the attack in the fifth over of the innings, Rashid Khan picked up the wicket of Virat Kohli in his first over. Dismissing de Villiers and Ali later in the innings, he ended up with bowling figures of 4-0-27-3 in a match where others bowlers of his team gave runs at over 11 runs per over. Apart from his contribution with the ball, he too, took a blinder on the field.

Kane Williamson (SRH) – Coming in to bat at No. 3 in the sixth over in a 219-run chase, the situation was never going to be easy for Williamson. Standing tall on the expectations bestowed upon him, he ended up scoring his eighth half-century (in 13 matches) of the season, 11th overall. He scored 81 (42) with the help of seven fours and five sixes.

Parthiv Patel (RCB) – Opening the batting with Kohli, Parthiv Patel registered another below par performance. Before being caught by Siddarth Kaul off Sandeep Sharma in the first over itself, he scored 1 (4). 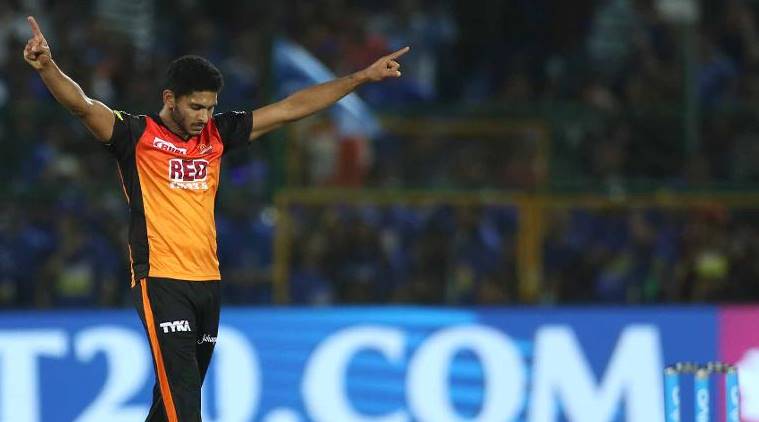 Basil Thampi (SRH) – It was one of those outings for Basil Thampi which he would want to forget as soon as possible. Playing his match in place of Bhuvneshwar Kumar, Thampi had big shoes to fill. However, he ended up conceding the most runs in an IPL innings ever with bowling figures of 4-0-70-0.

Shikhar Dhawan (SRH) – Opening the batting with Hales, Shikhar Dhawan was expected to play a strong role in chasing a 219-run target. Having played the first quarter of the innings, it was vital for Dhawan to carry on and play a a substantial innings. That being said, he gave too-easy-a-catch to Yuzvendra Chahal on his bowling to be dismissed on 18 (15). 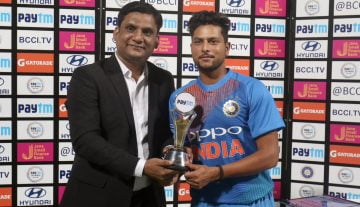