During the 12th match of the 11th season of the Indian Premier League (IPL) between Kings XI Punjab and Chennai Super Kings at Mohali, Ravichandran Ashwin’s pinpoint throw got the better of Ambati Rayudu as Chennai Super Kings lost their fourth wicket.

After being sent in to bat by Mahendra Singh Dhoni, Kings XI Punjab scored 197-7 in their allotted quota of 20 overs. Failing to cope up with the run rate, the Super Kings lost wickets at regular intervals which didn’t help their case at all.

Ashwin, who bowled well throughout the match, also shone on the field as he affected a much-required run-out of Rayudu. It happened on the fourth delivery of the 14th over when Rayudu hit a Barinder Sran delivery to the extra cover region.

Rayudu left his crease in a bid to run a quick single. However, his non-striker Dhoni sent him back. Ashwin, who was fielding at that position, collected the ball and without wasting any time, threw the ball to the striker’s end. The ball hit the stumps with Rayudu out of his crease. He ended up scoring 49 (35) with the help of five fours and a six. 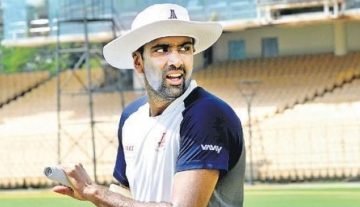