Another season of the Indian Premier League is around the corner and Kings XI Punjab skipper Ravichandran Ashwin is pumped up for all the excitement that it brings. Ashwin has not been playing in the white-ball format for India and only features in limited-overs matches for his State-side. Hence, he is looking towards the IPL is so keenly.

Ashwin played his last white-ball game for India in July 2017 against West Indies. Afterward, young wrist-spinners Kuldeep Yadav and Yuzvendra Chahal established themselves as the premier spinners of Team India in the limited-overs games. Ashwin is reduced as a Test specialist, where he has done exceptionally well.

Ashwin’s credibility is not one to be denied, and fans are all aware of his class. But we all seem to see him as a Test cricketer, a red-ball specialist and just that even though he’s the captain of a franchise in the Indian Premier League. The 32-year-old Indian off-spinner says that there’s more to his growth as a cricketer, that he is eager to evolve.

Meanwhile, he is looking ahead to play along with Varun Chakravarthy in Kings XI Punjab. Varun was bought by KXIP for a whopping 8.4 crore INR, who bowls various variations with the ball. He is a wonder boy of the Tamil Nadu Premier League.

“I am very excited with the fact that there are a couple of good spinners in my team,” Ashwin told Sportstar.

KXIP squad features several spinners. Mujeeb Ur Rahman, R Ashwin, Varun Chakravarthy and M Ashwin are the main names of spin department. KXIP skipper is eager to learn a few tricks with them during this season of IPL.

“I am quite excited to have them (spinners). I have seen M. Ashwin very closely, he also plays in my league side in TNCA. I know Varun did well in the TNPL. It [their selection] covers one facet of the department concerning spin. It is something I can watch closely and mentor. I am looking forward to learning a few things from Varun. IPL is a great opportunity. I really want to enjoy myself and excel in it,” he concluded.

The season opener of IPL 2019 will be held in Chennai between defending champions Chennai Super Kings and Royal Challengers Bangalore on March 23. 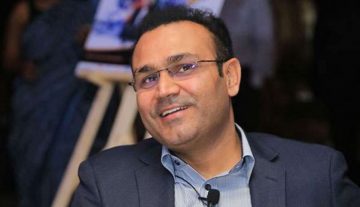 Article
By CricShots - Sep 14, 2018
Virender Sehwag Has A Word Of Advice For Kuldeep and Chahal