The auction for the twelfth edition of the Indian Premier League (IPL) in 2019 took place in Jaipur on Tuesday and it was evident that the youngsters were preferred by most of the verdict was clearly in favor of the youngsters. One of the names that came to the top in this year’s auction is Punjab’s Prabhsimran Singh who bagged a deal of ₹4.8 crore for Kings XI Punjab. In September, he was called for the KXIP trials and were given two scenarios – a chase of 100 in 10 overs, and another needing 75 off eight overs. Prabhsimran responded with two half-centuries in both the cases of 19 and 29 balls respectively and that boosted his chance of playing in the IPL. 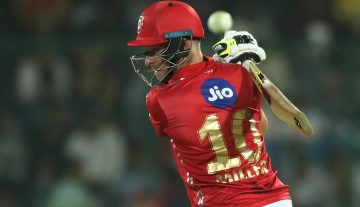